With COVID-19 cases surging again around the world as well as growing concerns about the economic reopening, navigating the current financial landscape can be challenging.

In this case, the key is to look for stocks that not only appear undervalued but are also poised for gains going forward.

The names mentioned below fit the bill and have the backing of analysts with impressive stock picking abilities. TipRanks’ analyst forecasting service identifies the best-performing Wall Street analysts, or the analysts with the highest success rate and average return per rating. These metrics factor in the number of ratings each analyst has published.

On April 19, the U.K.’s Secretary of State for Digital, Culture, Media and Sport announced that it would be ordering an investigation into Nvidia’s $40 billion acquisition of chip designer Arm, citing concerns related to national security.

To make this decision, the Secretary of State took the advice of officials from across the investment security community. Now, the Competition and Markets Authority has until July 30 to prepare a report that details any potential nation security or antitrust issues related to the deal, which was originally announced back in September.

Rosenblatt Securities’ Hans Mosesmann did not expect the U.K. government to step in. “This intervention is a surprise to us, and given ARM’s headquarters and ancestral foundings in the U.K., it carries significant weight that could sway other key countries, including China, to also vote against or intervene against the deal,” the analyst said.

However, Mosesmann remains optimistic about Nvidia’s overall prospects. Bearing this in mind, the five-star analyst left his Buy rating and $800 price target as is. Given this price target, shares could surge 30% in the year ahead.

“We continue to like the Nvidia story and, despite this intervention, this does not deter against the longer term story of AI and accelerated computing being the path forward and the next cycle,” Mosesmann told clients.

On top of this, Nvidia just unveiled its Grace CPU, which was designed to address the computing requirements of AI supercomputing, natural language processing and recommender systems.

With this in mind, Mosesmann noted, “Our own position has been that the deal was a 50-50 proposition, and given last week’s sudden announcement of Grace, Nvidia’s Plan B CPU roadmap without the ARM acquisition is on the table.”

Earning the #107 spot on TipRanks’ list of best-performing analysts, Mosesmann is tracking a 68% success rate and 25.8% average return per rating. 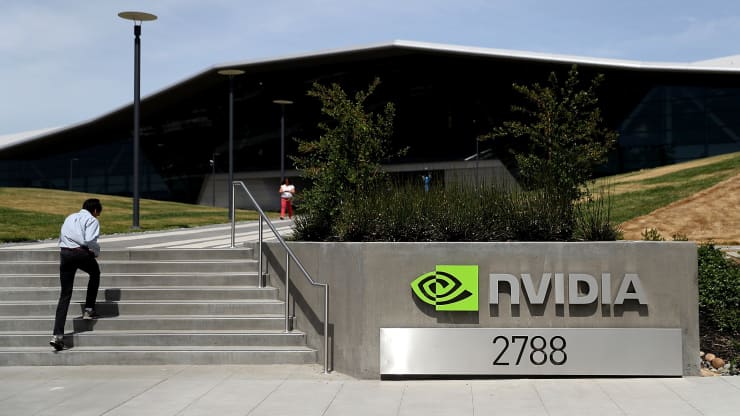