As earnings season wraps up, analysts are reviewing their short-term and long-term take on the stocks they cover. While some companies delivered blowout quarters (see below), other stocks are suffering as global restrictions continue. And while government-backed stimulus programs can provide some relief, the truth remains that the pandemic- and its impact on business- is a long way from over.

In this unprecedented time, it makes sense to follow the stock picks of analysts with a proven track record of success. TipRanks analyst forecasting service attempts to pinpoint Wall Street’s best-performing analysts. These are the analysts with the highest success rate and average return measured on a one-year basis — factoring in the number of ratings made by each analyst.

Wells Fargo’s Zachary Fadem just ramped up his price target to $200 from $175 on auto retailer stock Carvana- which has exploded by almost 90% year-to-date.

He views CVNA as a disruptor in the used vehicle retail market with a customer friendly and asset light model. “Market expansion, gross profit improvement, and consumer adoption drive our Overweight view” the analyst wrote on August 5.

Ultimately, the Wells Fargo analyst is very bullish on CVNA’s outlook writing: “Considering a large ($800B+) and fragmented industry, post-coronavirus proof points and sub-1% online penetration (that could easily go to ~10%), we view CVNA one of the few must own, multi-year growth stories in all of Consumer.”

Medical device stock Globus Medical is “getting back into the groove” according to BTIG analyst Ryan Zimmerman. He reiterated his GMED buy rating on August 5 with a $63 stock price forecast, up from $58.

“Given GMED is one of only a few MedTech companies growing Y/ Y and generating positive FCF, we think the risk/reward continues to favor the upside” he states.

Indeed, GMED has just posted a strong top-line beat with total revenue of $148.9M well above the $103.6M consensus. Meanwhile the spine business in the US rebounded from down ~67% year-over-year in April to double-digit growth in June. In July, this improvement continued with year-over-year growth in the mid-teens.

With prices still depressed from the pandemic-related selloff, the analyst believes that “investors have an opportunity to step into shares at current levels and purchase a company growing at multiples of the spine market, while receiving burgeoning programs such as robotics and trauma essentially for free.”

For investors with a long-term horizon, Zimmerman argues that GMED presents a diversified musculoskeletal asset with above-peer margins and a strong balance sheet.

Touch screen maker Synaptics has just received the thumbs up from Rosenblatt’s Kevin Cassidy. SYNA is “well positioned for profitable growth” the analyst told investors on August 5, while raising his stock price forecast from $86 to $95.

He made the move after SYNA turned in a solid beat-and-raise quarter with the higher margin IoT revenue coming in at $69M, well above Cassidy’s estimated $63M. The stay-at-home economy drove new demand for smart speakers, sound bars, headsets and smart displays, he explained.

“We believe the IoT product group’s strategy is playing out very well and will be the longer-term growth driver for the company” Cassidy wrote, estimating that the IoT group’s gross margin could expand from 54% to nearly 60% over the next couple of years.

With both sales and cost synergies improving each quarter, “initial estimates for $160mn of annual revenue and $1.50 of annual non-GAAP EPS may prove conservative” says the analyst- who is one of the Top 100 analysts tracked by TipRanks.

RBC Capital’s Mark Mahaney is singing the praises of web hosting company GoDaddy. He reiterated his buy rating on August 5, while boosting his $93 stock price forecast to $98. With shares up 10% year-to-date, the new price target indicates 25% upside potential lies ahead.

Record high net customer additions, positive new cohort traction, and ongoing strength into July were all highlights, commented Mahaney post-print. And with healthy Bookings growth and consistently expanding uFCF margins, he sees GDDY reaching the targeted $4B in Revenue and $1.1B in uFCF by 2022.

Net-net, “GoDaddy is joining a limited list of companies that are seeing higher demand during this crisis as businesses and organizations experience the real need for digital presence solutions” Mahaney writes. Plus the stock’s risk/reward looks attractive at ~15x 2021 FCF estimates.

Due to a 23.5% average return per rating, Mahaney is one of the Top 100 analysts ranked by TipRanks.

“In our view, BLUE, with its gene and cell therapy platform, is one of the more potentially transformative and disruptive companies we’ve come across in some time” the analyst wrote.

Kasimov noted that the 2Q update was in-line with expectations following the company’s recent ide-cel re-submission (for multiple myeloma) and compelling HGB-206 sickle cell disease data. All catalysts remain more or less on track says Kasimov with the Zynteglo EU launch in 2H20, and additional HGB-206 data and MAA (marketing authorization application) filing for eli-cel by the end of the year.

“Overall, we remain encouraged by bluebird’s progress across multiple clinical programs involving its potentially transformative gene therapy and CAR-T platforms (not to mention shored up balance sheet)” the analyst told investors on August 6.

He now looks forward to clinical updates, a launch, and regulatory feedback over the course of 2020/2021 that could “serve to better inform the future potential of these products.” Kasimov is ranked as the 12th best healthcare analyst on TipRanks, and at #129 out of 6,858 tracked analysts across all sectors. 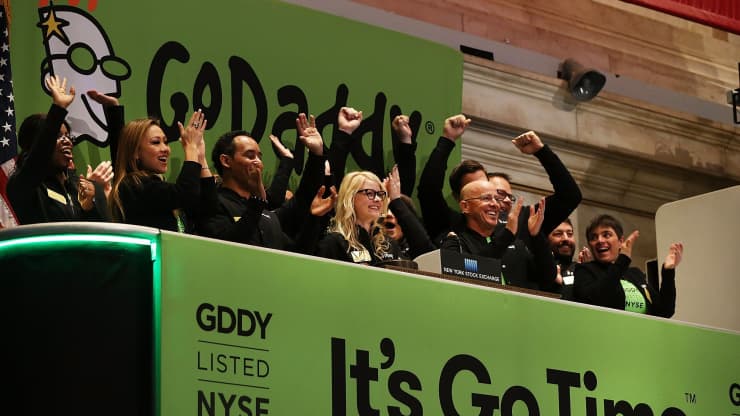