Dark pool restrictions have become one of the touchstones for those arguing EU standards do not fit UK markets. The UK has long been at odds with the EU on the venues, which allow fund managers to buy and sell large blocks of shares without disturbing the price on the market. The UK has long regarded them as a benefit to investors.

The EU, worried about the growth in off-exchange trading, set caps in 2013 on the amount of business that could be executed in dark pools, both in individual stocks and on one venue.

In February more than 16 per cent of trades in UK blue-chip stocks were conducted in a dark pool, a record and the highest of all major indices in Europe according to data from Rosenblatt Securities.

Those figures may rise further after the final set of caps, last imposed when the UK was part of the single market, rolled off in early June and the regulator said they would not be extended.

The Treasury also wants to kill an EU rule called the “share trading obligation”, which determines where shares can be traded and was designed to stop banks from matching their customers’ deals on their internal trading desks, bypassing the exchange and saving on fees. 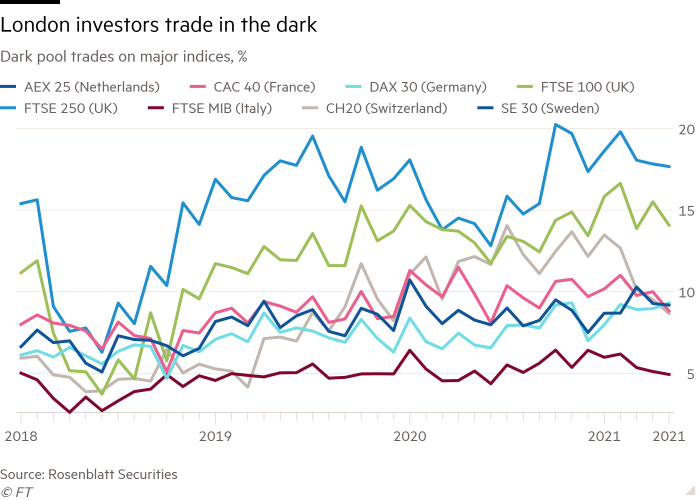