Downdetector, which tracks outages across major internet platforms around the world, said it had received more than 54,000 reports on Twitter from U.S. users by 8:20 am Eastern time. The first reports, collated from users, noted at around 7:44 am Eastern time, with subsequent complaints coming from countries such as the United Kingdom, Italy and Brazil.

The site appeared to be returning to full function by around 9:04 am Eastern time.

Twitter suffered its longest outage, which it put down to an “internal configuration change,” in 2019 that kept the micro-blogging website dark for more than an hour.

Twitter share were marked 0.14% lower in pre-market trading amid reports of the outage, indicating an opening bell price of $36.70 each.

Part of the Twitter support may be linked to an upgrade from analysts at Rosenblatt Securities, which lifted its rating on the group to "buy" from "neutral", calling the stock "an unusually appealing near-term opportunity, in a market otherwise hammered by macro concerns."

Rosenblatt noted that Twitter, which sued Elon Musk earlier this week for attempting to back out of his $44 billion takeover proposal, could leverage its case in the Delaware Chancery Court.

Musk said last week he was 'terminating" the deal and accused Twitter of hiding the true extent of so-called 'bot' accounts on the platform and failing to co-operate with his requests to audit them.

"Twitter's disclosure of very detailed efforts to explain its spam bot calculations to Musk, and Musk's reluctance to engage, largely ends our skepticism about Twitter, and instead makes us skeptical about Musk," said Rosenblatt analyst Barton Crockett. 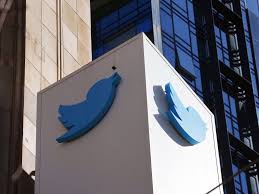