TipRanks ‘Perfect 10’ List: These 2 Stocks Tick All the Boxes

There’s no doubt, the bears have been in control of the market so far this year and the overall trend has been down. That said, last week, stocks were on the comeback trail in what amounted to the best performance across the board since November 2020.

Whether that turnaround can be sustained remains to be seen. Even if the bear market resumes, investors will be keen to find stocks that are primed for gains even as the broader markets retreat. That’s the key to success, but turning it will be no easy feat.

Now we’ll turn to the telecom sector. The second stock on our list, Ciena, is a provider of networking systems, services, and software to more than 1,700 customers around the world. In particular, the company boasts over 2,000 patents, an important asset in a field that depends on intellectual property. The company’s offerings include domain control and management, routing and switching, and intelligent automation.

Like many, this company’s stock has been hit hard this year, having lost 39% year-to-date, underperforming the main indexes’ sharp pullback.

The stock saw a particularly bad day earlier this month, when Ciena released its fiscal 2Q22 results. These results, for a fiscal quarter ending on April 30, showed $949.2 million at the top line, as compared to $833.9 in the year-ago quarter. This represents year-over-year growth of 13% but the figure came in just below the consensus estimate. Non-GAAP EPS fell in fiscal Q2, dropping from 62 cents per diluted common share to just 50 cents in the current report. In addition to falling y/y, EPS also missed the 54-cent forecast.

Even though Ciena’s recent performance was considered a disappointment, the company retains a ’10’ on its Smart Score. This is based on strong hedge fund purchases of CIEN in the past few months, along with 100% bullish sentiment from both the financial bloggers and the news media.

Mike Genovese, from Rosenblatt Securities, has delved into the workings of this stock, and comes out running with the bulls. He writes of Ciena, “For us, the bottom line is Ciena leads in an industry with very strong and sustainable demand drivers in a post-Covid world. The company has TAM expansion opportunities in Switching & Routing and Converged Metro and market share gain opportunities versus Huawei in EMEA and India. Ciena is taking an appropriately cautious, low 40s GMs view for the rest of FY22, but has margin expansion drivers in FY23 including price increases. The CFO says FY23 should be ‘very strong’ with revenue growth…” 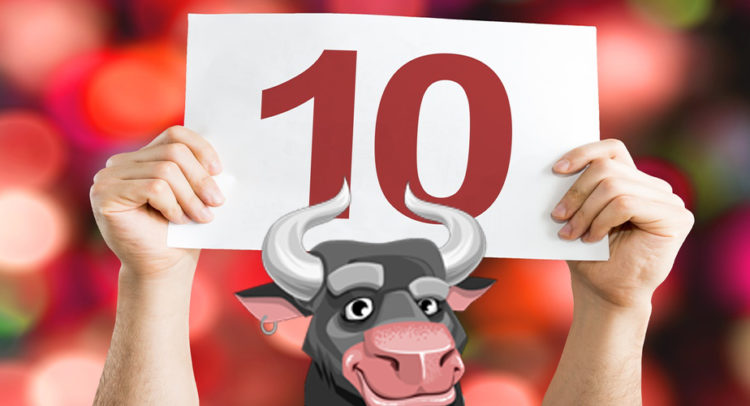