Crises can have unexpected impacts, something we are seeing clearly today as combination of critical situations are hitting hard at a long-established order (think generationally high inflation and the Russo-Ukraine war). But the impacts aren’t always as violent, even when the effects are long-lasting.

At the height of the 2008 financial crisis, we heard plenty of talk about ‘too big to fail,’ the reasoning given for bailing out huge banking firms. The public outcry is still reverberating in our politics. But it made a bigger, if somewhat quieter splash, in the banking and financial tech realms, with the rise of challenger banks.

These are smaller banking firms, typically rising from the fintech niche, and set up to purposefully challenge the established banking order. The challengers are typically smaller retail banks, with a strong B2C consumer orientation, offering a range of services to customers who may not qualify for banking options via the large, established banks. It’s not uncommon for these challenger to operate mainly via website or app.

In short, the challenger banks have been shaking up the banking industry for the better part of a decade now.

But are current conditions in the banking industry ripe for challenger banks to boom? Analyst Sean Horgan, of Rosenblatt Securities, believes so.

“Our long-term investment thesis for challenger banks has not changed. Incumbent traditional banks are paying ~10x to acquire new customers, leaving challenger banks with a critical cost advantage. Nevertheless, with a renewed sense of show-me-the-money sentiment, the chessboard has been reconfigured. Investors in 2022 appear positioned to reward those who demonstrate a path to profitability as opposed to revenue growth," Horgan explained.

The immediate bump for the challenger banks, post-COVID, was a resurgence of consumer spending and low interest rates. While these factors are starting to recede, it’s worth taking a look at some of Horgan’s stock picks in this fintech space as examples of just how challenger banks can adapt to meet the changing conditions. We’ve used the TipRanks platform to pull up the details on two of them, which Horgan sees in particularly strong positions for long-term gains.

We’ll start with SoFi Technologies, a San Francisco-based company operating in the personal finance sector. ‘SoFi’ is an abbreviation for Social Finance, and is an accurate description of the company’s approach to banking services. SoFi offers its services online, and boasts 3.5 million members, $59 billion in funded loans, and more than $100 million stored in physical vaults. Among the services offered home and personal loans, credit cards, refinancing for student and auto loans, credit scoring and budgeting, and investments.

SoFi entered the public markets last summer, ten years after its 2011 founding, through a SPAC transaction. The business combination, with Social Capital Hedosophia V, was completed at the end of May and SOFI started trading on the NASDAQ on June 1. Since then, the stock has been highly volatile, with extensive swings both up and down. It is currently down 60% from its initial trading price, and year-to-date has fallen 44%.

The full-year guidance "inspires confidence," says Rosenblatt's Horgan. "Results came in largely as expected, with notable progress on customer acquisition likely surprising to the upside... While we expect consensus to move higher, we also note that we believe there is a reasonable level of conservatism in the guidance, particularly as it relates to the impact of the bank charter benefits and the Technisys acquisition.” 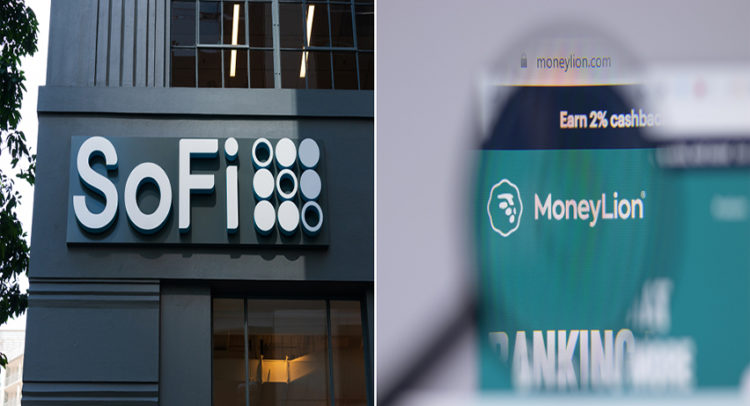