They might not be all that new, but conditional orders have really come into their own in this year’s unusual trading conditions, helping to make 2020 a bumper year for block-trading venues.

The pros and cons of buying in bulk are well-known to anyone who has tried walking out of a supermarket recently with more than one family pack of toilet paper. In theory, you’re paying less per roll than buying individually, but if too many other shoppers take notice, there’s a strong risk of a stampede, driving up the price for you and everyone else.

Large asset managers buy stock in bulk because of the size of their portfolios, of course, rather than panic-induced hoarding tendencies, but the dynamics bear comparison. Buy-side traders tend to buy in the dark, to avoid drawing too much attention, but supply at over-the-counter wholesalers can be somewhat hit-and-miss. Buyers can find themselves hanging around in hope as much as expectation, often wondering if they’d be better at a venue serving a slightly different community or network.

The conditional order – the electronic ‘I would’ – addresses this problem of opportunity cost by allowing the trader to be in two places as once. “Historically, there was always a risk of blocks potentially missing out on liquidity elsewhere. But conditional orders can help clients to represent a portion of a large order in a number of venues, while also resting the bulk in many destinations,” explained Vlad Khandros, global head of market structure and liquidity strategy at UBS.

The introduction of conditional order types by alternative trading systems (ATSs) has been a positive for facilitating blocks in recent years by helping institutional trading desks to integrate block trading within their algorithmic trading strategies. “In particular, conditional orders proved helpful in March, as they allowed buy-side firms to establish new positions in an automated fashion, following the initial impact of the pandemic on stock prices, rather than using more manual approaches,” said Valerie Bogard, market structure analyst at Rosenblatt Securities.

According to FINRA, trading in order sizes of more than 10,000 shares at ATSs more than doubled their $2-3 billion monthly average to $5.9 billion in March. Blocks have accounted for 12.2% of total ATS volumes in 2020 to July, the highest proportion since data started being published in 2016.

Nanette Buziak, head of trading at Voya Investment Management, confirms an increase in block trading earlier this year as asset managers responded to the volatility. “When the NYSE closed the floor, there was a particular increase in activity on the block-focused venues around the market close, because buy-side firms no longer had access to the NYSE closing auction via the D-quote,” she said, adding, “Conditional orders definitely make it easier to find the other side of the trade.”

Block-trading venues are far from the only option for dark liquidity in bulk. Khandros reports brisk business for UBS’s high-touch trading desk in March and April, due to the high volumes and difficult market conditions. “Sometimes it can just help to have an extra set of eyes to help monitor their positions during unprecedented volatility,” he said.

After the peaks and troughs of the first six months of 2020, there are signs that ATS-based block demand is settling down. According to Rosenblatt Securities’ monthly analysis of dark liquidity volumes, dark pools executed 12.31% of US equity volume in August, slightly up on July’s share of overall trading activity, coinciding with a 14.52% month-on-month decline in the average daily closing value of the Cboe Volatility Index. With the VIX at its lowest level in six months, Rosenblatt noted that block-focused dark pools outperformed consolidated volume levels in August.

The US ATS universe of around 30 venues represents a wide range of options for the buy-side trader. Whilst block-focused Luminex, for example, recorded the largest average trade size for August (38, 874 shares), UBS ATS achieved the highest ADV at 162.8 million shares (with an average trade size of 120). In terms of blocks, 94% of orders executed on Luminex were in excess of 10,000 shares, versus 2.24% of UBS ATS’s average daily volume, reflecting the latter’s much wider range of participants.

Even specialists appreciate that the ability to navigate a diverse ecosystem, typically via conditional order types, is beneficial. “A trader needs as many clubs in their bags as possible. If you’re sitting waiting for a block at a venue, you’re probably going to want to be in motion somewhere else,” said Brian Williamson, head of sales at Luminex.

If one adds hidden orders executed on lit exchanges to dark pool volumes, the combined total rises to just shy of 20% of total US equity trading activity for August. Although it is worth noting that only one exchange-owned trading venue executed more than 3% of its total average daily volume in blocks. “Some exchanges have been looking to simulate the functionality offered by ATS conditional order types but none have yet come out with a concrete proposition,” said Rosenblatt’s Bogard.

The relative calm of today’s market conditions is allowing the buy-side to refine their use of conditional orders, says, Jennifer Hadiaris, head of market structure at Cowen. Hadiaris attributes the rise in demand for blocks this year in part to the increase in retail volumes, which can make it harder for the institutional buy-side to get an accurate grasp on underlying liquidity on exchange. “If you’re trying to tick along at a certain percentage of volume, it’s incredibly difficult to do that on a single stock basis. So it’s more important than ever to be able to execute in size,” she said.

As such, many buy-side traders are now putting more time into enhancing their approach to interacting with block liquidity, becoming more refined about when to expose block liquidity in the lifespan of their order. Some may favour exposure at the outset versus the ‘clean-up’, while others might vary the extent of exposure based on the stock’s performance versus arrival price or a correlated index. “Clients are being more sophisticated about when they execute blocks in the algos, rather than exposing a liquidity-seeking algos 100% to conditionals. They are being more selective around executions and focusing on reversion statistics. The bar will continue to rise for us as algo providers,” said Hadiaris. 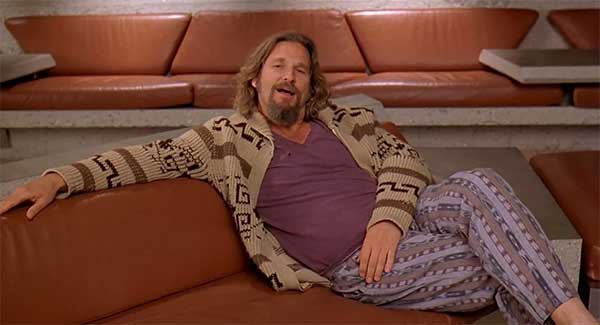