Investors fear a split in share trading activity from January.

London is the biggest share trading centre in Europe, handling as much as 30 per cent of the €40bn daily market

Philip Stafford and Eva Szalay in London 5 HOURS AGO

London’s biggest share trading venues are preparing to switch on their Brexit contingency plans, reflecting fears in the City that the UK’s departure from EU frameworks will trigger a radical reshuffle of where investors can buy and sell European stocks.

The London Stock Exchange Group said last week that it planned to open the Amsterdam base of its Turquoise platform at the end of November, as a place to trade EU shares. On November 11, rival Aquis Exchange will add stocks to its French platform that were previously available only in London.

Before proceeding, they and their investment banks and high-frequency trading customers are hoping London and Brussels will come to an accord allowing Europe’s cross-border share trading market to remain intact beyond January. But to prevent a split, the EU needs to recognise the UK and its exchanges as operating under “equivalent” rules. With fewer than 90 days to go, optimism is running out.

“There will be no equivalence. People are living in a pipe dream if they think it’s going to happen,” said Alasdair Haynes, chief executive of Aquis Exchange, which has 5 per cent of the European market. “People are getting prepared to move business over.”

London is the biggest share trading centre in Europe, handling as much as 30 per cent of the €40bn daily market but, without equivalence, some of that trading will move to cities such as Amsterdam and Paris because EU-based institutions will be barred from trading in London.

The biggest US and European investment banks are still lobbying policymakers to avert a rupture.

“We would prefer to have access to a global capital market,” said Edward Monrad, head of European cash market structure at Optiver, an Amsterdam-based market maker. “To some extent, people have a back-up but if you’re going to have a split, it will split liquidity and be bad for investors.”

The issue is snagged on a part of EU markets rules known as the “share trading obligation”, a law that determines which venues investors can use to trade liquid stocks.

The rules will be duplicated in the UK, which has pledged to implement all EU financial markets standards. Many UK and EU-listed shares will be traded in both jurisdictions, potentially creating two shallower markets.

Anish Puaar, a market structure analyst at Rosenblatt Securities in London, said the lack of clarity on the UK’s position made it difficult to prepare. “There is a fear that the decision will be driven by political considerations rather than what’s good for the market.”

For many, it is a change made reluctantly. “Having to move liquidity in this way is not an outcome we had hoped for, given it adds complexity to the market,” said David Howson, president of CBOE Europe, one of London’s biggest exchanges.

The group opened its alternative EU venue last year, although take-up has been low because traders use the bigger market in London.

CBOE already faces growing competition from exchanges, private marketplaces run by high-frequency traders and banks, and expanding rivals such as Aquis. CBOE’s market share fell 4.4 percentage points to 16.8 per cent in the first six months of the year, compared with the same period a year ago.

“We also need to be mindful Brexit doesn’t result in trading reverting back to national exchanges and undo all of the good work we’ve done to bring competition to [the] European equities market over the past decade,” said Mr Howson.

Executives and analysts point to Switzerland, a non-EU country, which had “equivalent” status for stock exchanges revoked by Brussels last year as an example of how the process can become politicised. The EU could stick to the legal default — no equivalence on share trading — even if London and Brussels agree deals on trade and other aspects of their future relationship.

“The EU sees this as a once in a lifetime opportunity to take business off the UK and, if they play their cards right, they will,” said Mr Haynes.

That would leave Esma, the EU markets regulator, and the Financial Conduct Authority, its UK counterpart, to finesse their rules to offset the worst of the split.

Steven Maijoor, chair of Esma, said last week he expected the agency to issue a clarification over where EU shares can be traded “shortly.” The FCA declined to comment on when it might provide clarification.

For some, uncertainty over equivalence also reflected a more profound philosophical difference between the UK and EU over how to run equity markets.

Brussels has sought to clamp down on share trading on private marketplaces such as so-called dark pools and other systems operated by banks and high-frequency traders.

The UK, by contrast, has often indicated it is more liberal about off-exchange trading, but had to abide by EU rules, noted Nick Bayley, managing director at consultancy Duff & Phelps, and a former FCA official.

He said regulators would probably work together to avoid the worst, in the short- term. “People are tired of regulatory change” after the 2018 Mifid II markets rules, Mr Bayley added. “Nobody wants to be sitting in a bank running two regimes for the same thing.” 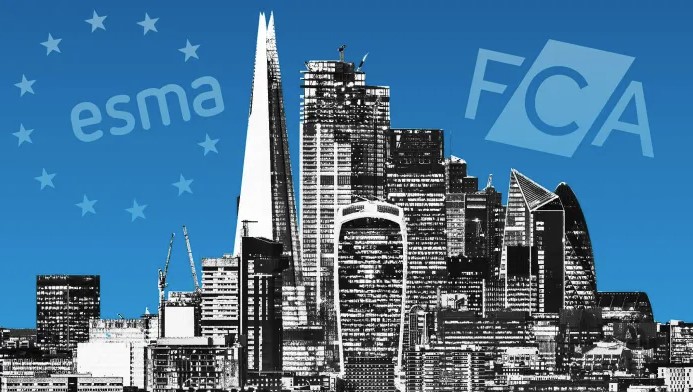