Buy-side market participants hold conflicting views on sweeping changes to MiFID II that were proposed by the EU markets regulator earlier this month, according to a recent snap poll from Rosenblatt Securities.

Results from the survey showed that the majority of buy-side market participants supported certain changes to MiFID II under the review, but the European Securities and Markets Authority (ESMA) has proposed amendments that seemingly contradict the wishes of the buy-side.

Dark trading has been at the forefront of ESMA’s MiFID II review, with the regulator suggesting extensive changes to the double volume cap (DVC) mechanism, which aims to restrict dark trading activity, as part of an industry consultation on the review launched in February.

Following the consultation, ESMA has proposed the 4% cap be removed and the 8% market-wide cap be reduced to 7%, alongside restricting use of reference price waivers to large orders. The proposed changes would serve to further restrict dark activity for smaller trades, despite widespread support from a majority of 75% of buy-side respondents in Rosenblatt’s poll that the caps be removed in their entirety.

“Our survey results show a disconnect between policymakers and industry participants – especially the buy-side – on key market structure reforms,” Anish Puaar, market structure analyst for Europe at Rosenblatt Securities, told The TRADE. “ESMA has, for example, recommended tighter dark pool rules while the majority of respondents to our poll would like to see the volume caps removed completely.”

Dark trading has steadily increased since the first set of DVCs expired in September 2018, despite early and dramatic declines following the introduction of MiFID II. ESMA stated in its MiFID II review consultation that the DVCs have had positive, but limited effects on market liquidity since they were implemented, and these benefits need to be balanced against the complexity of the DVC system.

While acknowledging that MiFID II had failed in its chief objective to increase transparency by restricting dark trading, ESMA proposed various modifications to the DVCs in its consultation, including extending the scope of the system, adjusting waivers or removing the DVCs completely in favour of another method to curb dark trading.

Market participants have generally criticised the move by regulators in Europe to restrict dark trading to drive volumes onto lit venues, arguing that dark trading allows for minimal market impact and in some cases can offer the best price for clients. Some have argued the DVCs are arbitrary and not based on concrete analysis, while others have previously described them as a political compromise.

“What was the rationale for the 4% and 8% levels selected originally and what evidence do we have that extending them would help investors?” said Janus Henderson’s response to the MiFID II review consultation, penned by head of EMEA equity trading, Richard Worrell.

“Have we seen greater depth to order books since the DVC’s were introduced for example? The basis of much of this paper is that the DVC’s haven’t succeeded in what ESMA seemingly wanted, so continuing to use them let alone extending them without evidence seems slightly mystifying.”

ESMA has proposed that periodic auctions be defined and labelled as ‘non-price forming’ systems that are subject to certain pre-trade transparency requirements. The regulator also suggested further consideration that orders submitted during the auction call phase be more transparent.

Periodic auctions have been the subject of controversy as they emerged as a new trading venue under MiFID II in Europe. The EU markets regulator had previously considered regulatory intervention as volumes in auctions surged, prompting concerns that they were being used by market participants to circumvent the double volumes caps for dark trading.

Market participants, particularly those on the buy-side, were quick to refute the concerns, stressing the proven benefits that periodic auctions can provide, including an ability to show natural liquidity, reducing costs and helping firms achieve MiFID II best execution.

Elsewhere, systematic internalisers (SIs) will see fewer sweeping changes under ESMA’s recommendations, despite proposing the trading venues be removed completely under the share trading obligation in its review consultation. ESMA has instead suggested increasing minimum quoting size for SIs to 100% of SMS (standard market size).

Few buy-side firms were in favour of removing SIs under the share trading obligation as suggested in the consultation, with most highlighting the benefits of using SIs and their important role in providing principal liquidity for large trade sizes.

Rosenblatt’s poll showed that a majority of 75% of buy-side respondents support more granular tagging of SI trades in public data feeds. There has been debate in the industry over the quality of SI data, and lack of clarity on which trades represent addressable and non-addressable liquidity. France’s Autorité des Marchés Financiers recently concluded a study on the role of SIs in the French equity market and described the contribution of SIs to transparency in the market as  ‘very limited’.

“The responses also show broad support for a consolidated tape but there is still little agreement on what form it should take, more than a decade after MiFID fragmented European equity trading,” Rosenblatt’s Puaar added.

In December, ESMA officially recommended the introduction of a real-time consolidated tape in for equity instruments as a solution to increasing issue with the costs of market data. Despite the lack of clarity on the how the tape should look, it has been at the forefront of many discussions on the MiFID II review.

“A successfully governed European consolidated tape would be transformative for markets and for investors,” said BlackRock in its response to the MiFID II review consultation earlier this year. “It would bring clear benefits; increasing transparency and strengthening best execution, while simultaneously improving competitiveness of European capital markets and contributing to the delivery of Capital Markets Union.” 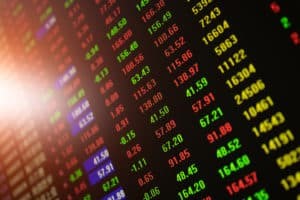