America's newest stock exchange was hit by a flood of trading in the first week of December thanks to an unusual source: a Canadian cannabis company's stock.

The Members Exchange, or MEMX, saw its cut of total U.S. equity trading sharply climb in the days leading up to Dec. 3, when it reached a 3.77% market share just five weeks after opening for trading in all national market system securities, according to data from fellow exchange operator Cboe Global Markets Inc.

More than 444 million shares with a notional value of $1.72 billion traded on MEMX that day, making the exchange the sixth largest by volume, Cboe data show. But the notional value of the shares traded only represented 0.34% of the market, a disconnect that signaled to industry experts that MEMX was seeing an uptick in low-priced stock trading.

It now appears that just one highly active penny stock, Sundial Growers Inc., may have been behind the spike.

Nasdaq Inc.-listed Sundial was already the most heavily traded stock in the U.S. in November, with about 60% of the activity taking place off exchange, according to a Dec. 8 report from Rosenblatt Securities. Trading in the stock began to shift onto MEMX on Dec. 1, though, after the exchange rolled out a change to the rebate it paid traders for executing orders in stocks trading at less than $1, such as Sundial's. Stock exchanges in the U.S. have systems of fees and rebates to attract buy and sell orders from large trading firms.

MEMX's market share in Sundial quickly grew in the days after the change was introduced. The exchange accounted for 10% of trading in Sundial on Dec. 1, a day after it only saw 0.10% of trading in the stock, according to Rosenblatt Securities. About 40% of the 950 million shares traded in Sundial's stock were executed on MEMX on Dec. 3, meaning the cannabis company's stock was responsible for about 86% of the 444,325,455 shares traded at MEMX on the day, according to Rosenblatt Securities.

The next day, MEMX rolled back the pricing change to a new fee and rebate of 5 basis points. And as quickly as it came, the exchange's market share fell back to earth. MEMX ended trading Dec. 4 having accounted for 0.66% of the total shares traded, according to Cboe data.

A MEMX spokesperson said in an emailed statement that the record activity that followed the pricing change "indicated the initial sub dollar rebate might have provided an outsized incentive to trade certain high-volume sub-dollar securities, particularly those with a lower bid ask spread."

The MEMX rebate was so large relative to the stock's bid-ask spread, meaning the difference between the highest bid to buy the stock and the lowest offer to sell it, that traders posting round-trip liquidity would have been able to "lock in a profit" just on the rebate alone, even if they sold their stake in Sundial at a lower price than they bought it for, according to the Rosenblatt Securities report.

"It was a perfect storm of factors coming together at once," said Justin Schack, a managing director and partner at Rosenblatt Securities, in an interview.

A spokesperson for Sundial Growers did not respond to a request for comment.

The episode is emblematic of the strange intricacies of the U.S. equity markets, where mechanical pricing changes can drive major changes in where order flow is executed.

The exchange has secured a stake of the U.S. equity market even outside the anomaly that was the week of Nov. 30. MEMX, which was one of three new stock exchanges to launch in 2020, has steadily grown trading on its venue to levels that have reached 0.74% in each of the four trading days leading up to Dec. 15, marking its highest market share based on volume — other than the three days tied to the sub-dollar trading surge.

"They're certainly hitting their stride," said Shane Swanson, a senior market structure and technology analyst with CRISIL Ltd.-owned Greenwich Associates, in an interview. "They've been doing quite well out of the gate." 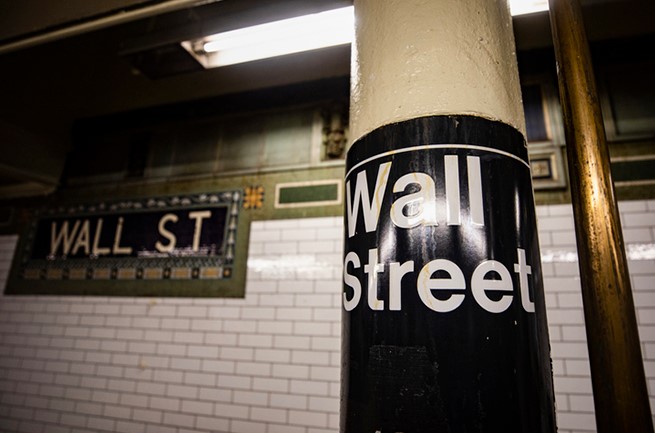