Trading in hundreds of European stocks may be disrupted when the region’s regulator starts restricting transaction volumes from mid-March, in what could be a more sweeping crackdown than anticipated.

“This is one of the biggest changes under MiFID II,” said Richard Semark, head of UBS Group AG’s multilateral-trading facility. “It will alter trader behavior as suspended stocks move to alternative venues.” He says that even more stocks may be suspended now if January and February data are taken into account as well as the 2017 period.

The European Securities and Markets Authority intends to publish on March 7 crucial data about stock-trading that will be used by authorities to impose caps on dark-trading, according to a spokesman for the regulator. The data was originally set for release in January and was delayed by ESMA, which said market information it received from trading platforms was inadequate to complete the task.

Semark at UBS in London expects the stock suspensions to commence from March 12. ESMA declined to comment on the specific date of enforcement.

The European Union’s revised Markets in Financial Instruments Directive, or MiFID II, seeks greater transparency in stock markets by limiting how much volume can be traded in dark pools. Those venues, alternatives to conventional stock exchanges, have been used by traders seeking to hide whale-sized buy and sell orders that could influence market prices.

A massive chunk of European equities could be subject to the caps. Nearly 500 stocks, or 68 percent of stocks it assessed in the region breached the 8 percent cap, according to an Rosenblatt Securities Inc. estimate based on a year’s worth of data through Jan. 31.

As a result of the caps, trading is expected to shift to traditional exchanges, other types of trading venues or it will be conducted through new types of practices. Large trades known as blocks get a waiver from the restrictions, while some trading venues are setting up so-called periodic auctions to capture some of the transactions caught by the limits. Venues run by banks and high-speed traders -- called systematic internalizers -- will also compete for some of the volume.

The start of the limits “could be a big bang” for stock trading, according to J.P. Urrutia, European general counsel at Investment Technology Group Inc. in London. 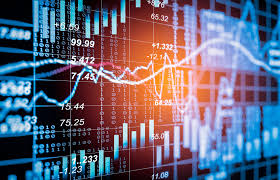