Rosenblatt Securities held its Global Exchange Leader Conference this past September, and John Lothian News spoke with Justin Schack, managing director and partner at Rosenblatt Securities, about who attended, what the big topics were and what was different about the conference in 2022.

Schack said the mix of attendees changes from year to year. This year, there was a deeper discussion of retail brokerage. The conference had discussed retail brokerage in the past, but recently it has become a much bigger part of the exchange world so there was more intensive coverage of the topic, he said.

Another session Schack said he was excited about was a panel on exchanges moving to the cloud, such as the agreement between Google and the CME. and the implications of those moves. Leaders from Nasdaq and Jane Street also participated on that panel, he added.

Another big theme of the conference was the “hand wringing” about Brexit and the costs for Europe following that move, Schack said. Representatives on the panel included the UK and French regulators as well as Virtu and the Cboe.

“The regulators painted a much less negative picture,” suggesting that the differences in regulations between the UK and the EU were “pretty minor” right now, Schack said. Many market participants, however, said Brexit had made their lives more difficult. One of the regulators said Brexit was “kind of like a divorce where you have to have one house where mom lives and one where dad lives and you’re spending twice as much money on housing,” Schack said. “And that’s what we’ve seen happen with these trading venues that used to be located in the UK and now have to have, essentially, versions of it in Amsterdam or some other city in the EU and all the market participants have to connect to it.”

Panels at the conference also discussed whether the SEC might ban payment for order flow and institute auctions as an alternative, which raised “a lot of question marks and uncertainties,” Schack said. 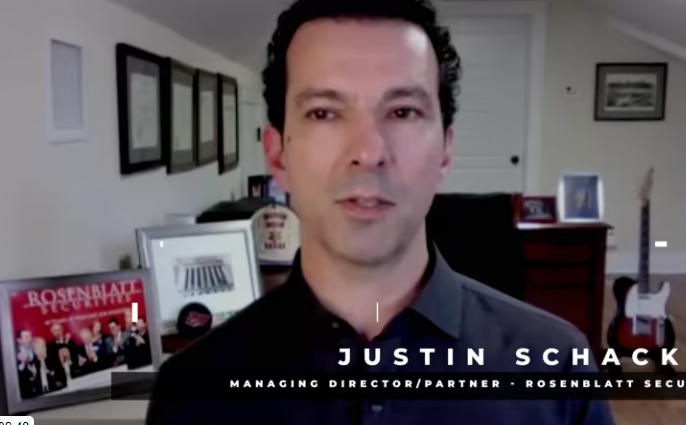 Recent Posts
Netflix and Disney+ Are About to Get Ads. What It Means for Streaming Stocks.
I have high confidence Alphabet's growth story will continue, says Rosenblatt's Crockett
Five-Star Analyst Kevin Cassidy Favors These 2 Semiconductor Stocks
Disney+ streaming loyalty is 'pretty durable' and not seasonal: Analyst
Twitter shares have upside to $52: Rosenblatt Securities