It’s one of the year’s biggest market stories: Mom-and-pop investors have fallen back in love with stocks, lured by free trading apps, a resurgent bull market led by technology companies and a pandemic that has left millions of Americans at home with little to do.

New data show a number of ways in which the individual-trading boom has reshaped the U.S. stock market. Here are five takeaways:

Individual stock trading is at a decade high

Trading by individuals accounts for a greater chunk of market activity than at any time during the past 10 years, according to Larry Tabb, head of market-structure research at Bloomberg Intelligence.

During the first six months of this year, individual investors accounted for 19.5% of the shares traded in the U.S stock market, up from 14.9% last year and nearly double the level from 2010, Mr. Tabb estimates. His data don’t go back further.

On some days this year, about 25% of market volume has been individual-investor activity, said Joe Mecane, head of execution services at Citadel Securities, an electronic-trading firm that executes orders for such brokerages as Robinhood Markets Inc. and Charles Schwab Corp.

Trading activity among individuals started climbing late last year, when Schwab and other major brokerages cut stock-trading commissions to zero. Mr. Mecane drew a parallel with the dot-com boom in the 1990s, when web-based brokers made it easier to trade stocks, just as a bull market was under way.

“It was really the start of a similar trend,” he said. “Back then, technological and business innovation provided the first foray into instant execution and self-directed retail investing.”

Small investors are powering big moves in some stocks

It has been called the Robinhood effect, the idea that stampedes of investors using the popular app are driving irrational stock moves.

Mr. Maggiulli has studied the relationship between how many Robinhood users own a particular stock and its share price. If Robinhood investors were pushing prices up and down, one would expect a high correlation between those two things.

For some of the hottest stocks on the app, including Apple Inc. and Tesla Inc., such correlations are weak. With others, such as Google parent Alphabet Inc., they are negative, meaning that as more Robinhood users buy a stock, its price tends to drop.

Mr. Maggiulli found there are some stocks, though, with a high correlation between Robinhood popularity and price—indicating that the app’s users may indeed be driving their share prices. In recent months, such stocks have included Eastman Kodak Co., electric-truck startup Nikola Corp. and biotech firm Novavax Inc.

Many Asian stock markets have traditionally been dominated by individual investors, unlike the institution-heavy U.S. market. In places such as mainland China, frenzied trading by individuals can create a casino-like feel, with exuberant bull runs followed by spectacular crashes.

Individuals often account for more than 80% of volume on the Shanghai Stock Exchange, while on the Korea Exchange’s main Kospi market, nearly 84% of shares traded so far this year were on behalf of individual investors, according to data compiled by Hee-Joon Ahn, a finance professor at Sungkyunkwan University in Seoul.

There are several reasons why there is so much individual-stock trading in South Korea. These include an underdeveloped mutual-fund industry, a tech-savvy population accustomed to trading on smartphones and price wars by brokers that have led to zero or near-zero commissions, according to Mr. Ahn.

All that leads to heavy speculation, he added. “Individuals in Asia tend not only to crowd in trading of small stocks but also to be very short-term oriented,” Mr. Ahn said.

More of the U.S. stock market is going dark

The individual-investing boom has led to historically high levels of “dark” trading, in which stocks are bought and sold on opaque private venues, rather than public exchanges. That is because online brokers typically funnel small investors’ trades to electronic-trading firms that execute the incoming orders.

Big winners may be electronic traders

The firms that execute individual investors’ orders have enjoyed surging volumes. The three biggest players in that business—Citadel Securities, Virtu Financial Inc. and Susquehanna International Group LLP—traded a combined 69.4 billion shares over the counter in June, more than triple the level from November, according to Bloomberg Intelligence. The vast majority of the firms’ over-the-counter trades come from individual investors. OTC trading is a type of off-exchange trading.

Electronic-trading firms profit from individuals’ trades by collecting a small difference between the buying and selling prices of a stock. It’s hard to know how much money they are making, though, because most are private and don’t report financials.

At Virtu, which is public, net trading income more than tripled to $744 million in the second quarter. Virtu’s stock is up 56% since the start of 2020. Although the firm doesn’t say how much of its trading income comes from individuals, Chief Executive Douglas Cifu said on an Aug. 7 earnings call that the retail boom had been a big boost to Virtu.

“It certainly is great for our business,” he said. 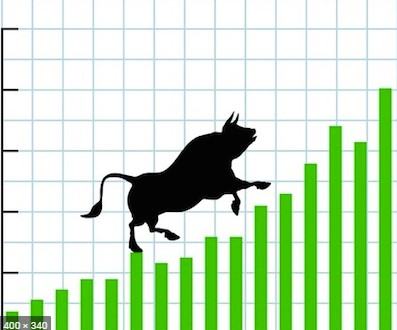