The European equities market is set to get even more competitive now as smaller sell-side institutions continue to exit the market and the largest brokers absorb market share.

For several years shrinking commissions and stringent regulatory requirements imposed on the European market through MiFID II have made it difficult for participants to make equities trading pay. Rising costs have progressively encouraged economies of scale as a necessary means of survival in the market.

“We’ve seen the market share in Europe has increasingly gone to the big three or four US banks and I think that’s even more notable since MiFID II,” Alex Jenkins, head of the trading desk at Polar Capital, told The TRADE.

Commerzbank was one of the latest participants to bow out of the market, confirming it would shut down its equity sales trading business in February as part of a drastic restructure plan that would see it reduce ‘costly complexity’ across its portfolio. Named Strategy 2024, the plans also outlined the bank’s intentions to cut 10,000 jobs in the next three years.

“We have already started to review each and every client relationship on its return profile,” Manfred Knof, CEO of Commerzbank, said in a February statement. “In future, we will only deploy capital in client relationships that provide us with a decent return.”

The bank joined a long list of other sell-side firms that, dwarfed by the giants on the other side of the pond, have chosen to cut their losses.

Ongoing trends relating to regulation in Europe, particularly requirements enforced under MiFID II, have made equities a prickly asset class for institutions to handle.

In particular, rules dictating how the buy-side consume and pay for research under MiFID II unbundling have had a significant impact on smaller boutique firms that relied on execution to pay for research.

“We’re no longer in a situation where we can pay for research via execution, and that’s going to have an impact on those houses which in the past have relied on execution to help pay for that research function, particularly some of the boutique guys,” added Jenkins.

The systematic internaliser (SI) regime, which became a key part of MiFID II, has also contributed to the ongoing requirement for scale in the European equities market.

Trading volumes on SIs operated by brokers and banks have surged in Europe in the post-MiFID II era. A statistical analysis by the European Securities Markets Authority (ESMA) published in November  revealed that SIs had dominated the European equities landscape during 2019. However, the regime favours larger institutions that benefit from big balance sheets and extensive central risk books, allowing large US banks to consolidate market share.

“The SI regime which says you’ve got to use your own capital again tends to favour firms that are prepared to deploy their own capital when trading with clients. That’s tended to be, not exclusively, the US banks,” said a former member of the sell-side who spoke to The TRADE on condition of anonymity.

Regulatory changes amending the SI regime under MiFID II, for example relating to mid-point crossing, have also added to rising costs in the equities market that have somewhat excluded the smaller boutique players.

“Banks spent a lot of time building SIs to meet regulatory obligations such as those related to pre- and post-trade transparency. But EU regulators have continually tweaked the SI rules, such as changing tick sizes and restricting mid-point trading, which requires systems to be constantly modified. These tweaks mean banks always have to be on their toes to remain compliant,” added Puaar. 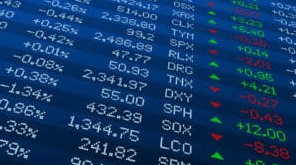