London will lose its status as Europe’s centre for equity trading when the Brexit transition period comes to an end on December 31.

That's according to analysts and exchange executives, who say that European Union-based customers of equity-trading venues owned by London Stock Exchange Group, Cboe Europe, Aquis Exchange and others will be unable to trade on markets based in the UK unless the European Commission formally recognises the country as having equivalent financial regulations.

The operators of London’s equity venues regard a 4 November decision by the Financial Conduct Authority as meaning that the UK will not get an equivalence agreement in time. The FCA said it would allow all UK-based investors and firms to trade on any EU venue from January 4, the first day of trading after the end of the transition period.

In October, the UK capital handled €14.8bn of equity trades every day out of a European total of €32.8bn, according to data compiled by Cboe Europe. London’s alternative equity venues handled some €8.6bn of trades in EU-based equities every day last month, equivalent to 26% of all European stock trading. That is the amount that the City stands to lose come January.

“Logic says in the early stages it will all move to the EU27,” said Alasdair Haynes, chief executive of Aquis Exchange.

Cboe's chief regulatory officer Nick Dutton welcomed the FCA's approach under a no-deal scenario. "Mutual equivalence would have been ideal, it would be a nice thing to happen," he said.

As EU-based investors have to trade on EU-based venues, it makes more sense for UK-based investors to place their orders on markets in Amsterdam and Paris than it does to leave them at London’s equity venues.

Aquis has set up a trading venue in Paris, which goes live for the trading of all European stocks next week. Cboe Europe and LSEG’s Turquoise equity market have both established venues in Amsterdam. Cboe’s market has been live for a year, while Turquoise will flick the on switch on 30 November.

The stakes are high. London is easily the biggest financial centre in Europe for equities. More than 45% of the continent’s stock trades take place on either the London Stock Exchange or on one of nine London-based alternative trading venues set up to compete with Europe’s national stock exchanges.

The "alternative" distinction matters because the likes of Turquoise and Cboe allow investors to buy and sell shares in BMW, Total and Vodafone away from the Frankfurt, Paris or London stock exchanges. Investors use them because they can do all their trading in the same place and they are sometimes cheaper than national exchanges like the London Stock Exchange.

The FCA’s announcement “will likely mean that trading in EU shares migrates back to the continent and London loses its status as the home of alternative equity-trading venues,” said Anish Puaar, a market structure analyst at Rosenblatt Securities.

It’s possible that the move will only be temporary.

“Everything could well move to Europe,” Haynes said. “But let's say the rules change and it's a more liberal environment in the UK. If market makers are prepared to make better prices in the UK, it will move back very quickly.”

If Boris Johnson follows through on his threat to end the transition period without an agreement, the EU will have limited ability to stop the City of London’s rule setters from making regulations in the Square Mile more welcoming. Puaar agrees.

“The FCA has, however, raised the possibility of crafting a new post-Brexit equity-trading regime for the UK, which could eventually make it a more attractive place to trade European shares,” he said. 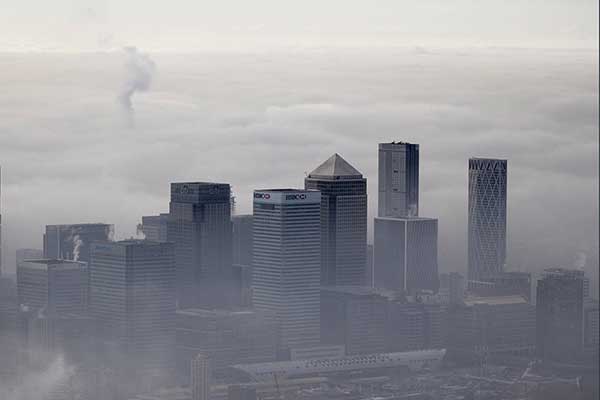