Trading on Euronext resumed on Tuesday after a series of glitches on Monday disrupted several of Western Europe’s major stock exchanges and raised concerns about the risk of one operator hosting so many bourses.

The outage is at least the fifth major one globally this year and one of the most widespread as exchange operator Euronext hosts stocks exchanges from Dublin and Amsterdam to Paris and Lisbon.

Trading in those locations came to standstill for more than three hours on Monday morning due to a technical failure impacting one of its data management systems. Though it was resolved in the afternoon, it came back during closing auctions.

“There is a concentration risk given how these platforms host multiple bourses,” said Anish Puaar, a market structure analyst at Rosenblatt. Euronext and Deutsche Boerse host several stock exchanges across Europe.

Euronext operates six major stock markets in Europe. While trading of stocks can also be done on other platforms such as Cboe Europe, Aquis and Turquoise, they generally use Euronext as the reference market.

The initial glitch caused one major liquidity provider to pull quotes from Euronext’s exchanges for the rest of the day, said an executive at the firm who was not authorized to speak publicly on the matter.

The quotes were pulled because in order to account for the risk of continuing to trade on Euronext exchanges, the liquidity provider would have had to widen out its bid-ask spreads to a point where its prices would have been prohibitive to trade against, the person said.

The issues encountered on Monday were not due to a problem in Euronext’s proprietary platform but “a bug in a third-party component”, the exchange operator said in a emailed statement to Reuters.

While the problems looked to have been resolved on Tuesday, the outage will be embarrassing for Euronext which is planning a major expansion through a 4.3 billion euro ($5.07 billion) deal to buy Borsa Italiana from London Stock Exchange.

Euronext will operate exchanges with more than 1,800 listed companies and an aggregate market value of around 4.4 trillion euros after the Borsa Italiana deal.

“It’s kind of ironic to see these issues now that things have calmed down a bit,” he said, highlighting that European volumes surged to more 100 billion euros a day in March but are generally less than half that now.

There have been a string of breakdowns this year on international exchanges, including a hardware failure at the Tokyo Stock Exchange, cyber attacks that hit New Zealand’s stock exchange, and a software glitch at Germany’s electronic trading platform Xetra, managed by Deutsche Boerse.

The problems at market close on Monday may been particularly problematic as exchange-traded funds (ETFs) and hedge funds typically use prices set during closing auctions for their daily pricing, making the final five minutes of trade crucial.

There were major price swings during the crucial closing auctions on Monday, prompting the exchange to cancel all orders placed after 1730 Central European Time (CET).

“A bunch of cancelled prints, so all the admin of reconciling, then reporting back to clients, and amending everything etc. So lots of manual effort,” said a senior London-based trader, who processes trades for hedge funds.

Euronext said the root cause of the issue was a technical failure impacting one of its data management systems, denying any possibility of there being a cyberattack.

“Actions have been taken to secure a similar issue does not happen going forward,” it added.

France’s financial regulator last year warned in a report that the rising significance of closing auctions “is accompanied by the emergence of certain risks, in particular an increased exposure to operational incidents, which could occur during this very brief phase”.

France’s AMF and its Portuguese counterpart CMVM said they were in touch with Euronext and its supervisors about the incident to evaluate the quality of corrective and preventive measures.

The glitches caused the share price of Dutch healthcare technology company Philips to fall almost 4% at Monday’s close to less than 40 euros. The company later said it was informed by Euronext that their closing price would actually be set at 42.3 euros.

A Euronext spokesman declined to comment on the value of trade orders cancelled on Monday’s close. Closing auctions across Europe’s major bourses have on average accounted for a fifth of daily average volumes, analysts say. 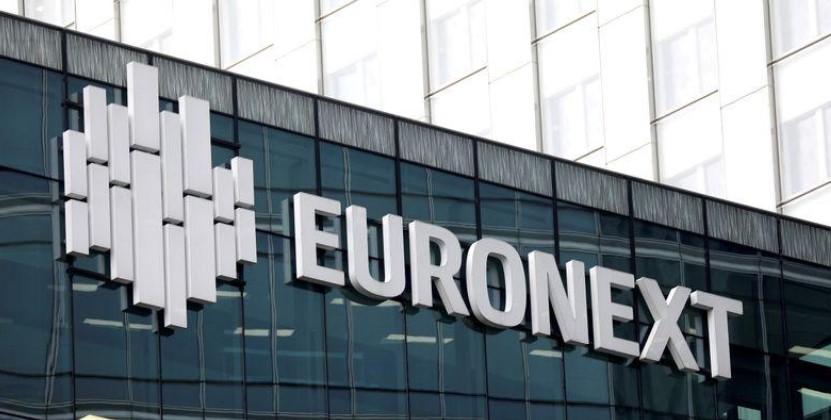