A failed experiment to help small-company stocks will be buried at September’send, the Securities and Exchange Commission said on Monday. The Tick Size Pilot Program was supposed to revitalize trading liquidity, stock offerings, and job creation for small-cap public companies–by quoting and trading their stocks in increments of a nickel, rather than the usual penny. But instead of the promised benefits, the wider increments–or “ticks”–stunted trading volumes in the nearly 1,200 stocks subjected to the two-year experiment, while also bloating investors’ trading costs by as much as $900 million, to judge from data in a study by the exchanges that ran the pilot. The study has not been previously reported.

Those hundreds of millions in added costs came mainly from the pockets of individual investors and went right into the pockets of Wall Street market makers.Ironically, most big market makers had opposed the pilot, warning that it could backfire and hurt demand for small-cap stocks.

“If these changes had helped liquidity in small-cap stocks, you would have seen people trading them more,” says Andrew Upward, a market structure strategist atone of those market makers, Jane Street Capital. “But you didn’t see that.”

Gregg Berman, a former SEC markets researcher who now runs market analytics at the market-making giant Citadel Securities, says it took him hours of searching to find the SEC-mandated statistical analysis of the pilot. The Financial Industry Regulatory Authority, the exchange regulator known as Finra, posted it on July3, unannounced and with a misspelled heading, on an obscure part of its website. The 107-page analysis shows that the effective spread between bid and ask prices—a measure of investors’ trading costs—increased 50% to 60% in stocks after they went to the wider ticks. During the same period, spreads improved by shrinking 5% for a control group of stocks that continued with one-cent ticks.The pilot’s wider spreads translated to $8 in added cost to an investor executing a 1,000-share order, according to a Citadel Securities analysis.

Thetick pilot’s authors now seem reluctant to talk about it. Barron’s made repeated attempts to discuss the outcome with the sponsors of a bipartisan bill that passed by a near-unanimous vote of the House of Representatives in 2014,directing a reluctant SEC and investment industry to do the experiment. The House sponsors were Delaware Democrat John Carney, now the state’s governor,and Wisconsin Republican Sean Duffy, who predicted at the start of the pilot in October 2016 that it would “help America’s newest jobs creators to maximize their trading liquidity, grow their businesses, and create much needed American jobs.”

Duffy,Carney, the SEC, and Finra did not respond to our queries.

The idea that wide ticks would help small business was pitched to Congress by David Weild IV, a former Nasdaq executive who also lobbied successfully for the mini-IPOs created by Regulation A+ of 2012’s Jump start Our Business Startups Act (the JOBS Act). He argued that brokers had lost interest in trading small stocks when the SEC reduced ticks from 25 cents in the early 1990s, to one cent by 2001. Weild and his allies said that bringing back wider ticks for small stocks would improve market-making profits for small-stock brokerage firms, which would revive research and initial public offerings for smaller companies and in turn create American jobs. Wider ticks would increase investors’ trading costs, to be sure, but the trade off would be worthwhile.

The 2012 JOBS Act required a report from the SEC on how penny ticks had affected IPOs and small stocks. When the agency came back that July and said that industry advisers and academic research didn’t support increasing tick sizes,Congress refused to accept the answer. Duffy’s bill requiring a tick pilot passed with so many votes that the SEC didn’t even wait for the Senate to act,and the Senate never passed the measure. The commission told Finra and the stock exchanges to test wider ticks.

About1,200 stocks with market caps below $3 billion, a share price above $2, and average daily trading volumes below a million shares were selected. As a whole,these little stocks only represented about 3.5% of the stock market’s typical six billion shares worth of total daily volume. After assignment to three groups with different combinations of quote and trading rules, the pilot stocks started trading with nickel ticks in October 2016.

It’shard to find much good news in the July 2018 assessment that the exchanges commissioned from institutional brokers Rosenblatt Securities, which declined to discuss its assessment. Although market makers increased the size of their bids and offers for the wide-tick stocks, those quotes didn’t lead to more trades at better prices. Volume stagnated for many of the stocks and queued-up orders took longer to get executed. As prices moved away while orders were getting filled, the lost opportunity hurt what institutional traders call the“realized spread”–which may reflect what traders politely call “information leakage.”

Meanwhile,the pilot did nothing for IPOs and jobs. That’s because the stock market has changed drastically since the era idealized by the wide-tick proponents, when market making was dominated by “bulge-bracket” brokers with teams of bankers,analysts, and salesmen who worked the phones and got generous commissions on trades of institutions and individuals.

“The premise of the experiment was flawed from the get-go,” says Sunil Wahal, a finance professor at Arizona State University who has studied tick-size effects.

When the two-year experiment ends Oct. 1, it will have cost investors plenty. Based on its institutional trading experience, Pragma Securities estimated that the pilot’s widened spreads cost sophisticated traders as much as $350 million. An analysis published in May by asset manager Black Rock concluded that its transaction costs on stocks in the wide-tick group had been 35% to 45% higher than for stocks with a normal tick size.

The small-cap fund managers at Dimensional Fund Advisors say their flexible trading approach helped the firm minimize the cost of widened spreads. “We try not tobuy at the ask price and not to sell at the bid price,” says Dimensional’s co-head of research Savina Rizova. As a result, the institutional investor isable to pay less than the full spread.

So the brunt of the tick pilot’s costs fell on individual investors who tend to use market orders. “The ones who were hurt the most were retail investors who justwant to buy a stock right now,” says Citadel’s Berman, “only to find prices in the marketplace were now higher.”

Our arithmetic suggests that the total cost of the pilot’s widened spreads was $900 million. The effective spread for stocks in the tick pilot widened by 1.63 cents a share, according to the Rosenblatt assessment, while spreads narrowed by 0.16 cents in the control group. Each trader would bear half the resulting 1.79 cent cost difference. The 1,200 stocks in the pilot had an average daily volume of 171,618 shares over the 500 days of the experiment. Totaling it allup, it comes to about $900 million in increased costs to the market.

“The lesson is to be careful what you do to the market,” says Phil Mackintosh, the chief economist at Nasdaq. The NYSE, now a unit of Intercontinental Exchange, declined to comment.

None of these unwelcome results persuade the pilot’s promoter that he was wrong. DavidWeild says that his idea did not get a fair test and was undermined by the SEC and Wall Street. “The pilot was designed to fail,” he says. 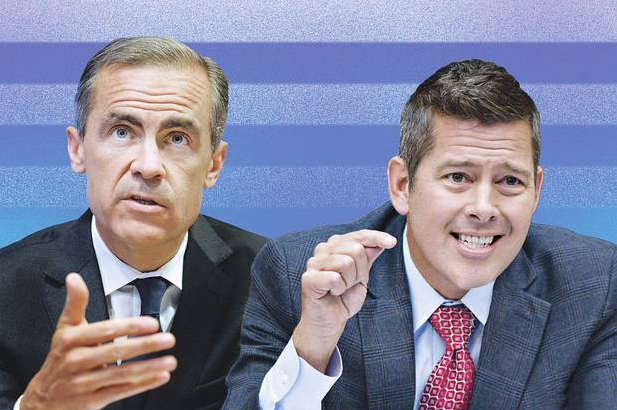