Brussels ran into opposition from banks and exchanges within hours of proposing US-style central databases of trading information as the centrepiece of new proposals to integrate its fractured capital markets.

The plans published by the European Commission on Thursday set out a pathway that politicians hope will create a “consolidated tape” — a live database containing basic trading information — to help investors find the most competitive prices for their deals.

It was the most eye-catching reform in a package to help make the EU a more attractive destination for international investors following the UK’s departure from the single market.

Local politicians have long looked enviously at the dynamism and depth of the US financial markets. Relative to gross domestic product, EU capital markets are half as big as in the UK, which is a little more than half as deep as the US, according to New Financial, a London think-tank.

Borrowing from America, Brussels wants for its own market US-style central databases that hold information on publicly listed companies and trading activity on stock and bond markets. Consolidated tapes for equities and bonds are common in the US but Europe is a patchwork of more than 470 exchanges and trading venues.

Previous attempts have foundered on competing commercial interests and erratic data quality, and often set incumbent stock exchanges against banks and rival trading venues that have tried to set up pan-European platforms.

Mairead McGuinness, the EU’s financial services chief, last week made it clear that she felt that the rules favoured venues run by investment banks or high-speed traders, which cater to professional investors, ahead of stock exchanges.

“What we in Europe believe in is more transparency, not less,” she said. “We want to level the playing field between different trading venues. We are much more focused on what’s right for our financial sector and business community and believe transparency is better than an opaqueness.

”For the equities tape, the Commission proposed requiring all trading venues operating in Europe to supply standardised information of deals to a tape, which would distribute the information in near real-time.

But the exchanges were also dissatisfied, after failing in an effort to install a 15-minute delay to the tape. Rainer Riess, director-general of Fese, the exchanges’ lobby group, said he was “deeply concerned by the risks of such an elaborate and complex experiment”.

He welcomed the recommendation of standardised data but said the cost fell on exchanges. “The use case of the tape remains unclear.

”As the industry picked over the details, others questioned whether the proposal would function as planned. Revenues would be shared between regulated exchanges, but not other venues that supply the data. Losing out would be alternative trading venues like Cboe Europe, Turquoise and Aquis, which collectively account for most share trading activity during the day.

“We have long advocated for a European equities consolidated tape, but the proposal is highly discriminatory against pan-European venues,” the Cboe said.

“The consolidated tape needs to treat all market data contributors fairly, national and pan-European, to support [Capital Markets Union]’s objectives — but the current proposal fails this basic test, and would be detrimental to investors.”

Moreover, the EU said it wanted to encourage innovation and new independent technology companies, but also indicated that operators of the tapes should hit minimum revenue targets. Many worried that smaller businesses would not have a big enough balance sheet or be able to afford extensive sales teams.“

I don’t think many firms jump at the chance to be a [tape provider] if you’d need to guarantee revenues,” said Anish Puaar, market structure analyst at Rosenblatt Securities in London.

A tape to report bond trades recommended large and illiquid trades be reported by the end of the day. “If it goes ahead it will probably disadvantage key market participants, from investors to banks, by compromising their market positions,” said Elizabeth Callaghan at ICMA, which represents the region’s bond trading industry.

There are also calls for a new body to oversee the project. US versions are run by third parties like Finra, a regulatory body, but the EU is proposing that tape operators be technology companies overseen by the European Securities and Markets Authority. 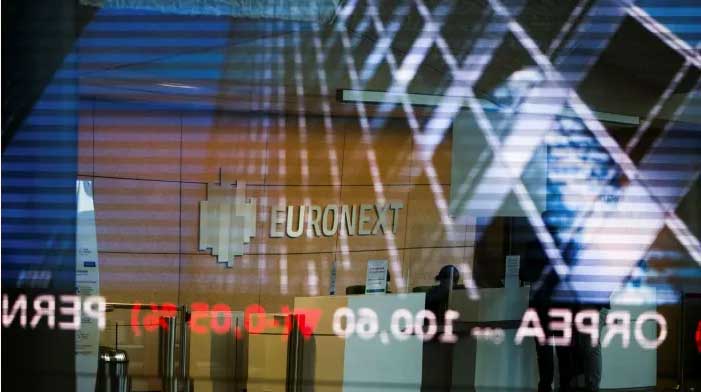