All eyes are on CEO Jack Dorsey as Block announces its earnings after the close of the market on Thursday. It’s the first report since the company changed its name from Square to Block in early December.

Analysts polled by S&P Market Intelligence forecast Block will generate $4.06 billion in revenue, up 29% from the fourth quarter of 2020. Analysts also expect the company to report a loss of 10 cents per share, down from a profit of 65 cents per share year-over-year.

Here’s what else to look out for during Block’s earnings call, scheduled for 5 p.m. EST on Thursday:

Details about new crypto initiatives. Crypto was already a big component of Block’s business before it changed its name, but execs could announce updates to its crypto and blockchain initiatives since the crypto-focused rebrand. Block currently allows the roughly 70 million customers of its Cash App to buy and sell bitcoin, is building a decentralized bitcoin exchange through its TBD division, and is funding bitcoin developer projects through its Square Crypto initiative, now called Spiral. “They've got a lot of irons in the fire,” said Sean Horgan, an equity research analyst at Rosenblatt Securities. He’s interested in getting an update about developments related to the decentralized exchange as well as the impact on the underlying business from initiatives like the recently launched Lightning Network that’s integrated into Cash App, which allows users to make Bitcoin payments instantly and at no charge.

How Afterpay is going to fit into the business. Block closed its $29 billion acquisition of Afterpay, an Australia-based buy now, pay later (BNPL) company, on Jan. 31, so this is the unit’s first earnings call under Block. Paul Golding, a senior equity research analyst at Macquarie Capital, said he hopes to “get more color around synergies and integration costs” following the acquisition and hear about management’s expectations for incorporating the platform into its merchant network. We’ve also speculated with Block’s corporate rebrand, the company may look to add bitcoin payments to its newly acquired BNPL service.

Whether Block can deliver on the fundamentals. After the fintech industry boomed throughout the pandemic, Wall Street has not been kind to fintech companies following the release of lower than expected fourth-quarter earnings in 2021. “Certainly some of those great tailwinds that we had in prior years are now really tough comparisons,” said Josh Beck, an equity research analyst at KeyBanc Capital Markets. Shares of PayPal, for example, fell 25% a day after it reported lower earnings per share than expected, as well as weak guidance after revealing that 4.5 million accounts were “illegitimately created,” a setback for its marketing efforts. By meeting its estimates, Block could see a rise in its stock price, which has fallen 69% since early August. 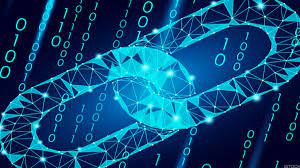