Investors of chipmaker Advanced Micro Devices (AMD) are having a difficult year. Shares have “only” appreciated by 23% so far in 2020. But long-term holders are used to these kinds of gains - and more - considering 2019’s best-performing stock added 156% of muscle last year.

However, Rosenblatt Securities analyst Hans Mosesmann implores investors not to lose hope and sees more upside in the cards.

Of course, this is all said in jest, but really, what is so compelling about AMD? Mosesmann has the answer.

“At the end of the day, the AMD story is more than just x86 CPU share gains, it's about accelerating computing dynamics that are secular in nature, in which the company is executing near-flawlessly. We continue to favor AMD shares on powerful and secular trends; plus, the gravy coming from the Street's reluctance or allergy to the possibility of AMD's continued success to traditionally more powerful competitors,” the 5-star analyst noted.

The market gains are no coincidence, then. Over the last few years, AMD has considerably closed the gap between itself and those “traditionally more powerful competitors,” - CPU nemesis Intel and GPU adversary Nvidia.

Behind the success is a strong product roadmap that has helped AMD secure “several collaborations and design wins.”

These include being the sole supplier of GPU technology for Apple’s discrete GPU solutions as well as Microsoft and Sony’s use of its GPU technology in game console designs. On top of this, AMD has collaborated with Samsung, which uses its designs and IP in mobile devices, Google on its Stadia product for cloud gaming and Microsoft on its Azure for cloud services.

Oh, how about winning two out of three U.S. supercomputer deals (Frontier and El Capitan)? And the cherry on top of this chip-flavored cake? An AMD CPU has made its way into Nvidia's new AI system, the DGX A100.

What does it all mean for investors, then? Mosesmann has a Buy rating on AMD shares to go along with a $70 price target, which implies nearly 28% upside from current levels. (To watch Mosesmann’s track record, click here) 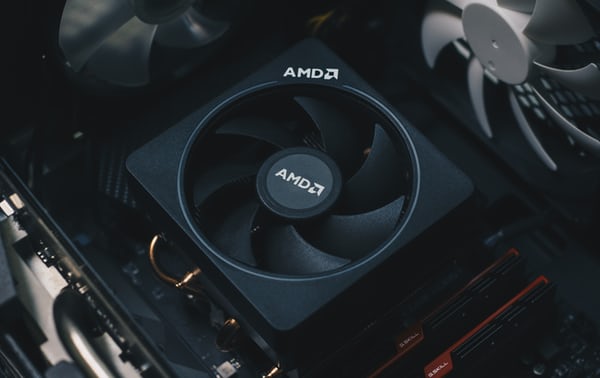