Deutsche Bank DB -3.37% AG said it plans to launch a new electronic platform where it will trade U.S. stocks directly with large clients, instead of matching buyers and sellers for a fee like Wall Street banks typically do.

The bank announced the plans in a press release Thursday along with exchange operator Nasdaq Inc., which will build the technology behind the new venue. The platform is expected to go live in the third quarter of 2019, the companies said.

Such venues, called “single-dealer platforms,” have been run for years by high-speed traders such as Citadel Securities LLC and Virtu Financial Inc., and they are common in other types of markets such as foreign exchange. But lately banks have begun to show more interest in applying the model to U.S. equities, analysts say.

Deutsche’s planned venue will be the first single-dealer platform in U.S. stocks to be offered by a bank, said Justin Schack, head of market structure at Rosenblatt Securities Inc., a brokerage firm. But he added: “I don’t think it will be the last.”

Deutsche’s plan comes as the German bank has struggled with sliding profits and a slumping share price. Last year, it announced thousands of job cuts, including about 25% of its equities sales and trading division. But it also said it would invest in electronic stock-trading, even while eliminating many human traders.

Single-dealer platforms may grow more common in U.S. stocks as investment banks become increasingly willing to trade directly with their clients, putting their own capital at risk in the transactions, and not simply to act as intermediaries, Mr. Schack said.

In February, 2.3% of trading activity in U.S. stocks was executed on single-dealer platforms, according to Rosenblatt data.

Among the advantages of running single-dealer platforms is that they are more lightly regulated than the so-called “dark pools” run by many banks. Such pools are off-exchange trading venues where brokers bring together buyers and sellers of shares.

Some financial institutions also prefer to execute trades at single-dealer platforms because doing so is less likely to result in information about a trader’s intentions leaking out to the market than if the trade were executed on a dark pool or a public stock exchange, traders say.

The Deutsche deal marks a win for Nasdaq, which sells technology for running electronic markets to other companies, in addition to running stock exchanges itself.

In 2016, the New York-based company reached a deal with Goldman Sachs Group Inc. to manage the software and hardware underpinning the bank’s U.S. dark pool.

A Deutsche spokeswoman said the bank hadn’t selected a name for its new stocks platform yet. The bank’s single-dealer platform for FX is called Autobahn. 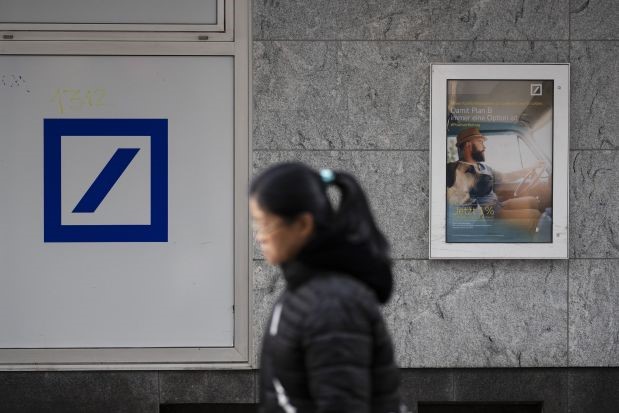