Installment loans are nothing new! Sears pioneered the concept in the 1960s offering consumers the option of buying white goods at the point of sale at a Sears store. Other retailers followed suit. But today’s leading BNPL players (Affirm, Afterpay, Klarna, Paypal) have revolutionized the concept of consumer credit and installment loans by deftly combining the latest UI/UX, a brand that especially appeals to younger consumers, and changing the economics of traditional lending from lending fees to earning commissions from merchants. The old Sears-type installment loan was distinctly separate from the purchase process, an after-sale option of how to pay for an item. But the modern BNPL model is deeply integrated into the buying process and strongly influences a consumer’s purchase decision, deftly aligning the BNPL provider and merchant’s interests. The online payment transaction volume is estimated to be $10 trillion by 2024 and a growing proportion of it can be BNPL. Cornerstone Advisors estimates that BNPL-related purchases will grow 400% from $24 billion in 2020 to $100 billion in 2021.

All this is propelling the valuations of BNPL players like Klarna ($46Bill) and Affirm ($18Bill). It is also why FinTech leaders like Square are willing to pay $29 billion for Afterpay at a 30% market premium, a landmark deal which may stimulate consolidation and drive more M&A deals involving BNPL players. This is also bound to have major consequences for consumer lending, bringing new entrants in, shifting value across the consumer lending value chain, and squeezing traditional players like credit card companies.

Why BNPL is Popular, and How It Is Changing Consumer Lending

BNPL is rapidly becoming the most popular form of alternative credit giving consumers financial flexibility, while being seamlessly integrated into the purchase process. 25% of US merchants accept BNPL and another 46% of US merchants say they are extremely likely to accept it over the next year. The momentum is growing with merchants attracted by the opportunity to grow sales, drive greater loyalty, and increase average order value (AOV). 91% of merchants who have adopted BNPL recognize improvements in at least one key business metric, with a 16% increase in cart totals, a 14% lift in new customers, and a 13% growth in repeat purchases.

The biggest merchants and payment providers are getting deeply involved with this offering worldwide. Apple now partners with Affirm to begin offering BNPL for Canadian customers as BNPL adoption has grown 30% since last year. The Australian market is witnessing intense BNPL activity and is home to several major players - Afterpay, Pay Right, and Zip Pay. PayPal offers a product called “PayPal Pay in 4” and even Citibank has launched their own offering called Spot. Akulaku is Indonesia’s leading BNPL player spreading its wings across southeast asia including Singapore, Malaysia, Indonesia and Thailand. Hoolah is a leading player in Singapore with Atome closing in on its heels, and smaller players like Octifi and Rely.

Customer dissatisfaction with traditional consumer lending models like credit cards that charged 15-20% APRs even when interest rates were near 0, high late fees, and inflexible terms, has given BNPL players a big opening that they are exploiting well. The BNPL monetization model differs substantially from traditional credit card companies. They generate a large proportion of their revenue from commissions earned from merchants instead of lending spreads and merchant fees which constitutes 90% of credit card company revenue. In Q4 2020, almost 50% of Affirm and Klarna’s revenue came from such commissions and only 35% from lending spreads, which is the biggest source of revenue for traditional lenders and credit card companies. BNPL players regard the $57 billion paid in credit card fees in 2020 as a strong driver to convert customers over to their payment channel. The credit card companies are responding by offering their own installment programs: Amex is expanding its “Pay It Plan It’ program, Chase is offering its ‘My Chase Plan’ for purchases over $100, and Visa is expanding its buy now pay later programs across the US. But the momentum of pureplay BNPL providers is carrying them forward and they are likely to make a dent into credit card usage over the next few years.  ‍

Square’s $29 billion all-stock deal to acquire Afterpay is highly consequential for several reasons and signals the changing nature of consumer finance. It is a continuation of Square’s methodical strategy and successful track record of disrupting traditional finance beginning with merchant payments, SMB banking, then retail banking, and now with this deal, consumer lending. It is clear evidence that Square deeply understands the changing nature of consumer finance and is well positioned to serve the financial needs and desires of millennians and Gen Z’ers, which are very different than that of previous generations. This younger set of customers eschew traditional financial institutions, embrace fresh, new brands like Square and Afterpay, and are attracted to the ease, convenience, and cheap financing made available at the point of sale by modern BNPL players. These customers are much more likely to skip brick and mortar establishments – in-store purchases from retailers or visting a bank branch, and do transactions online where the BNPL players have entrenched themselves very well.

That Square would pay $29 billion at a 30% market premium for Afterpay may seem surprising. Its much smaller than BNPL leaders like Klarna (in total revenue, number of customers, or geographical footprint), and with a large proportion of its client base concentrated in the ANZ region. But taking a deeper look reveals the powerful strategic rationale for the deal. Besides the shared purpose of both companies (Afterpay/Square) to make financial services more fair, accessible and inclusive, the real reason for the acquisition was Square’s ability to connect its Cash App with Afterpay’s seller ecosystem of 63,800 merchants, creating a powerful closed loop system. An in-house BNPL service gives Cash App a powerful source of users with Square hoping that Afterpay customers use the Cash App for all installment payments. Cash App had become very popular during Covid for stimulus check deposits and as these payments go away, Afterpay’s payment deal flow will make up for some of this decline. Square is also positioning itself to be a powerful FinTech platform (a “super app”) that attracts consumers on the one hand, and all types of merchants and other financial players on the other. Bringing Afterpay’s leading BNPL capability inhouse enhances the platform’s attractiveness and creates a powerful network affect. The fourth important benefit of adding BNPL to the Square ecosystem is to acquire more high-income earners. According to Cornerstone Research, despite Cash App’s success thus far, only 13% of its users earn more than $100,000 a year. Meanwhile, 31% of BNPL users in the US have more than $100,000 in income so adding them to the Square ecosystem will increase the platform’s monetary value.

This deal may be a first sign of consolidation in the BNPL industry which is still at an early stage of growth. It may instigate further M&A transactions in this sector with three possible types of deals: 1) consolidation among the current crop of BNPL providers, 2) a financial institution acquiring a BNPL player, or 3) large retailers like Amazon or Shopify buying BNPL platforms.

Millennials and Gen Z’s financial habits are transforming traditional finance in substantial ways. Younger consumers have already demonstrated an openness to try new entrants like Challenger Banks propelling the value of firms like Chime to $30 billion. They have chosen new brokerage platforms like Robinhood at the expense of traditional leaders like E*Trade, Fidelity Investments or Schwab making it a $40 billion public company. In consumer lending, they are willing to buck old habits of using credit cards and instead utilize installment loans from BNPL companies like Klarna and Afterpay to avail credit. This is a shot across the bow of traditional credit card companies and reflects a key risk for Amex/Visa/Mastercard.  Younger consumers are also attracted to next-generation brands like Square who espouse social values and lead with a mission to democratize finance making it more fair, accessible, and inclusive. If traditional banks like BofA or JPM were not considering FinTechs like Square serious competition a few years ago, they surely are now as evidenced by Jamie Dimon’s recent comments. But simply upgrading digital access and improving UI/UX will not be sufficient for incumbents to fend off new age FinTechs like Square and Stripe that are rapidly extending the fight to more types of financial services like consumer lending. FinTechs are building on the beachheads where they started (e.g. Square in payments, SoFi in student lending, Chime in consumer banking), extending into more services, and establishing a lead over incumbents that may be tough to narrow. They are also deftly using their share value to begin making strategic acqusitions like the Square/Afterpay deal.

BNPL is emerging as the most popular choice in online payments and alternative credit, taking a piece out of the traditional credit card industry. During Covid, as physical credit card transactions declined in 2020 by 22% over 2019, and as consumers shifted to buying online, BNPL players did extremely well as their offerings were seamlessly integrated into the buying process. According to McKinsey, POS lending is growing at 20%, much faster than other lending segments like cards or personal loans growing at 6-8%. BNPL players can be the major beneficiary of this growth.

While the concept of installment lending is not new, over the last few years modern-day BNPL players began integrating installment plans seamlessly into the buying process, providing great convenience and flexibility to consumers. So when traditional marketplace models languished during Covid, Point-of-Sale lending became one of the few bright posts in consumer lending with BNPL leading the charge.  So coming out of the epidemic, the BNPL model has emerged as a serious alternative to traditional credit cards, with big players like Affirm, Afterpay, Klarna, and Paypal doing extremely well, as well as smaller firms like ChargeAfter, QuadPay, Sezzle, and Uplift. Square’s acquisition of Afterpay for $29 billion is a ringing endorsement of this model’s success, and indicates how critical it is to the growth strategy of highly successful FinTechs like Square. The deal indicates an early sign of consolidation in the BNPL space and will become an important marker for further transactions. 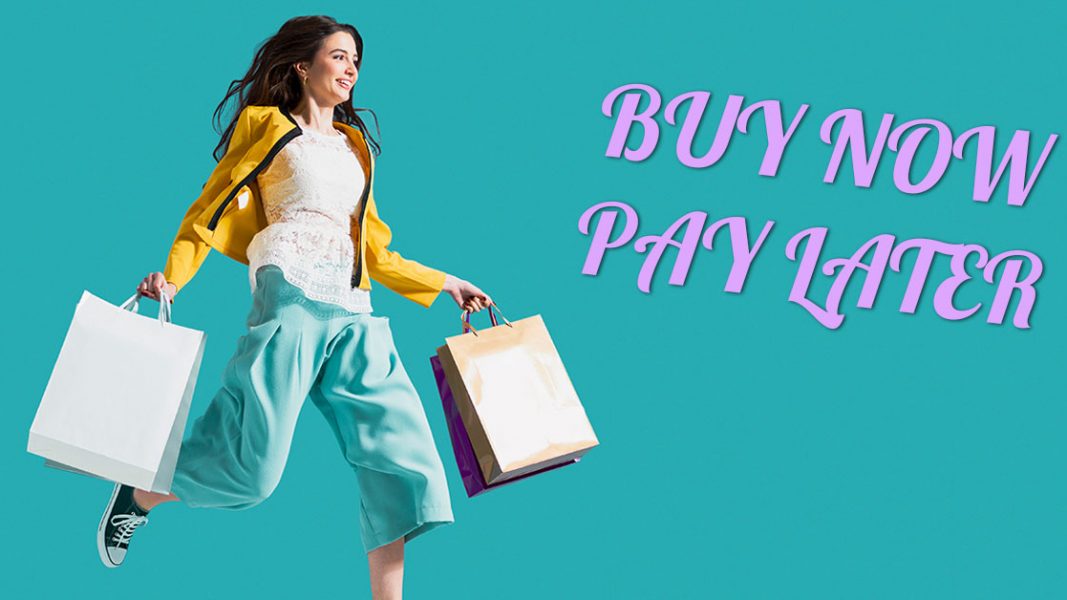