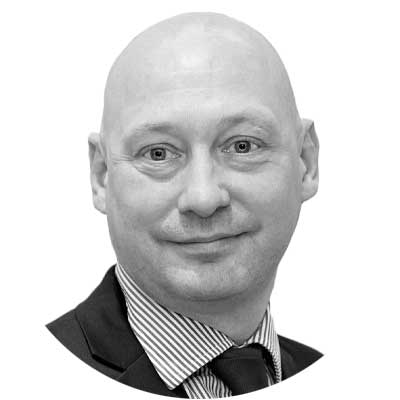 Rob joined Virtu (then ITG) in 2006 as Head of Algorithmic Sales, after a 12 year career at Goldman Sachs. The post-MIFID I period saw ITG establish a market leading position in electronic execution and Rob became head of the electronic trading business, and subsequently EMEA CEO in 2010. Virtu Financial completed the acquisition of ITG on 1st March 2019.

He started his career at Goldman Sachs in 1994 and worked on a variety of roles deploying trading technology to institiutional and hedge fund customers. Rob was a founder member of the European FIX Protocol organization, and was global head of the Marketing working group of FIX Protocol in 2001.

Rob was educated at University of Oxford, UK where he gained undergraduate and post-graduate degrees in particle physics, latterly as a member of the Sudbury Neutrino Observatory scientific collaboration.