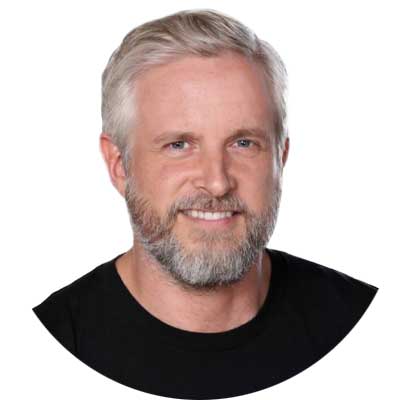 Konstantin Richter is a serial entrepreneur, investor, and advisor. He started his career at Deutsche Telekom with a focus on network strategy and innovative commercial models across cell-networks. His curiosity about new digital monetization and payment processes led him to a stint at Nokia, before he became an entrepreneur. Following Nokia, he successfully built out SaaS/marketplace platforms (Audiotube, Lookbooks, Wiredrive), with his last successful exit in 2017.

Konstantin has been active in the blockchain ecosystem as an advisor and contributor since 2015, with the likes of Gem, Po.et, and MadHive. In 2017, he created Blockdaemon in order to bring institutional grade infrastructure to blockchain protocols, crypto native and traditional financial institutions. Subsequently, Konstantin has helmed Blockdaemon through three major funding rounds. The most recent being a Series C of USD $207 million led by Sapphire and Tiger Global. This gave Blockdaemon a valuation of $3.25 billion, making it the world’s largest blockchain infrastructure company for node management and staking.

Blockdaemon, empowers businesses to quickly deploy and iterate innovative blockchain applications. They aim to reduce the complexity of working with blockchains through quick and easy deployment, monitoring for high availability, and quality of service with enterprise-grade security.The idea for Blockdaemon originated from the founder, Konstantin Richter’s experience running Ethereum nodes in 2017, and the realization that doing so was very difficult with the existing infrastructure at the time—none of the conventional cloud-formation tools available in the market could cater to the blockchain.  Blockdaemon’s node management platform helps auto-scale blockchain networks securely with enhanced monitoring, back-up systems, HA clusters, APIs, and cloud-managed node monitoring of on-premises solutions. The firm currently employees over 180 people, with their head quarters located in Los Angeles.