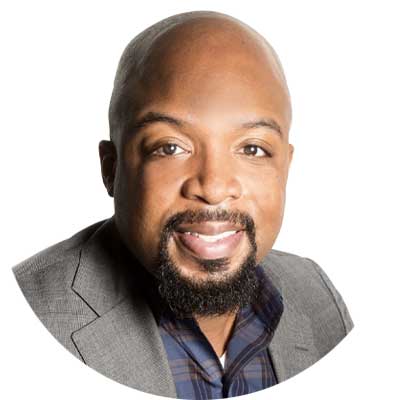 Donald Hawkins has a career that covers both media and technology, he applies a diverse mix of skills as the President and CEO of First Boulevard, a modern neobank unapologetically helping Black America build generational wealth by reclaiming it’s $1.5-trillion in annual economic impact and developing positive financial behaviors.

Donald is an inspirational thought leader on representation and the changing face of entrepreneurship. He has dedicated his work to empowering underserved communities to act and proactively be the change they want to see.

Kinly is a modern financial technology company building generational wealth for Black America. Though unbanked, underbanked and underserved, the Black community’s $1.4 trillion in annual economic impact provides a significant base to build upon. By providing a platform focused on improving financial livelihood through incentive-based financial education, Black-focused spending, and automated wealth building, Kinly helps members remove the stress from managing their money while also developing positive financial behaviors and habits to reach goals faster. In August 2021, Kinly completed a $15 Million Series A with Point72 Ventures which brought their total funding to $20 Million. Kinly was founded in 2020 and officially launched in 2021 following an initial $5 Million seed round led by Barclays. Kinly is headquartered in Overland Park, Kansas and currently has around 30 employees.