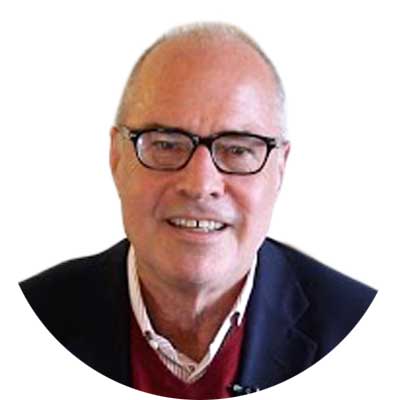 Eric D. Stonestrom joined Airspan as Executive Vice President and Chief Operating Officer in January 1998. From May 1998 to January 2022 he was President and Chief Executive Officer as well as a member of the Board of Directors, in February 2022 he was named Chairman and Chief Executive Officer. From 1995 to January 1998, Mr. Stonestrom was employed by DSC Communications Corporation, a provider of telecommunications equipment and services (“DSC”), as a Vice President of operating divisions, including the Airspan product line. From 1984 until 1995, Mr. Stonestrom worked at telecommunications corporations Bell Laboratories and AT&T in a variety of positions. He received B.S., M.S. and M. Eng. degrees in 1982, 1983 and 1984, respectively, from the College of Engineering at the University of California at Berkeley.

Eric D. Stonestrom is a founding member of Airspan.

Airspan is a U.S.-based provider of groundbreaking, disruptive software and hardware for 5G networks, and a pioneer in end-to-end Open RAN solutions that provide interoperability with other vendors. As a result of innovative technology and significant R&D investments to build and expand 5G solutions, Airspan believes it is well-positioned with 5G indoor and outdoor, Open RAN, private networks for enterprise customers and industrial use applications, fixed wireless access (FWA), and CBRS solutions to help mobile network operators of all sizes deploy their networks of the future, today. With over one million cells shipped to 1,000 customers in more than 100 countries, Airspan has global scale.