Trump’s SPAC Investors Do Not Know What They Are Buying

Donald Trump’s new venture, which is aiming to launch a Twitter rival, made several big announcements this month. First, the business said it struck agreements to raise $1 billion of cash. Second, it admitted that it was under investigation by the Securities and Exchange Commission. Third, it revealed that Devin Nunes, a loyal Trump ally in the House of Representatives, would be leaving Congress to become its chief executive.

Investors reacted with some caution, but more enthusiasm. On Dec. 6, shares trickled down 3%, possibly in response to news of the SEC investigation, which Sen. Elizabeth Warren had suggested the commission consider. The next day, the stock jumped 17%, as Trump fans seemed to focus on the cash injection and new hire. “Go away Pocahontas!,” one tweeted, borrowing Trump’s nickname for the senator. “You have no power here!” Shares soared another 28% the day after that, before eventually falling to their current $51. Overall, since the announcement, they’re up 13%.

Early this month, as Trump fans were flocking to public exchanges to purchase a slice of the Trump SPAC for $45 a share, a separate group of investors was hammering out a backroom, billion-dollar deal that would let them buy in at a deep discount. The identities of those lucky investors remain a mystery, but we do know a few details. There are 36 of them, and they all qualify as either banks, savings and loan associations, insurance companies, registered investment firms, investment advisors or people with assets of at least $50 million. To simply things, we’ll refer to them as the whales.

At first blush, their entry seemed like good news for everyone. Social-media companies are expensive to run—Twitter budgeted $900 to $950 million in capital expenditures this year. Before the whales agreed to invest $1 billion into the new venture, Trump’s group was set to receive only $280 million or so from the SPAC merging with it. “Puff money,” as one stock analyst, Mark Zgutowicz of Rosenblatt Securities, called it. The new cash should give Trump’s group a better chance to create a credible competitor. 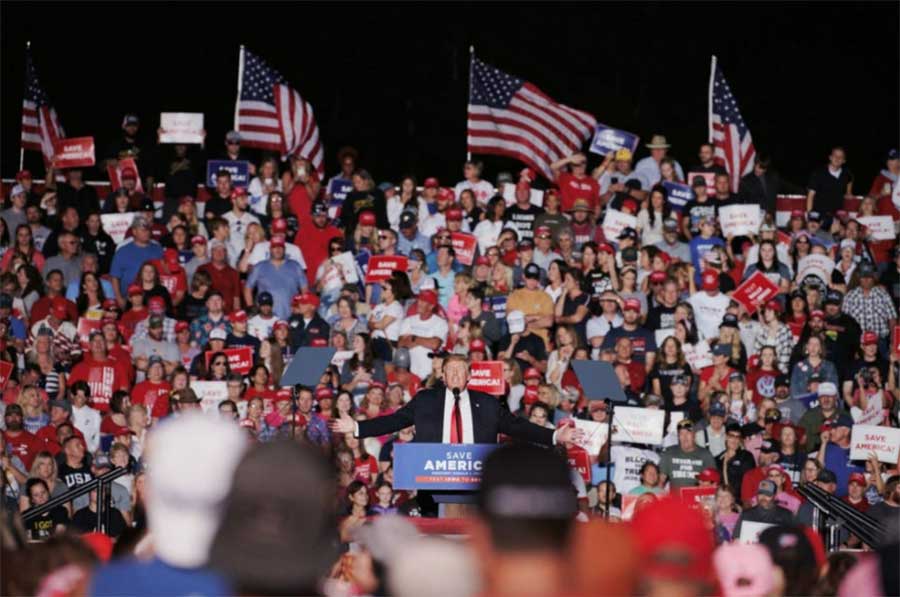