For at least the past five years, most experts would tell you the podcast market was saturated. Everyone has a podcast, they’d say, and the window of opportunity to break in was closed. Podcasting technology had some room to grow, but an RSS feed and a Play button mostly did the trick. Apple, the company that put the ‘pod’ in ‘podcasts,’ even seemed to forget the genre existed. It updated its podcasting app about as often as Tim Cook praised Mark Zuckerberg.

But recently, and seemingly out of nowhere, some of the world’s largest tech companies have made podcasting a priority. Apple rediscovered its app, updating it with paid subscriptions and better discovery. Spotify built podcasting into its core product and signed deals for exclusive shows (the latest of which it announced this week). Facebook decided it wanted to be the home of podcast discovery. And Twitter waded in with audio tweets and Spaces.

Behind this surge of interest is an increasing recognition that podcasting has far more room for growth than many anticipated. New technology has made listening more accessible. New business models are opening up opportunities for a middle class of podcasters. And podcasting’s potential for expansion seems relatively endless given how little it’s encroached on its analog alternatives so far.

“We’re certainly early,” Mark Zgutowicz, who covers Spotify for Rosenblatt Securities, told me. Of every 100 minutes people spend listening to audio on average, they spend 42 on AM/FM Radio and only six on podcasts, Zgutowicz said, citing Edison Research. “That tells me there’s a ton of room left.” 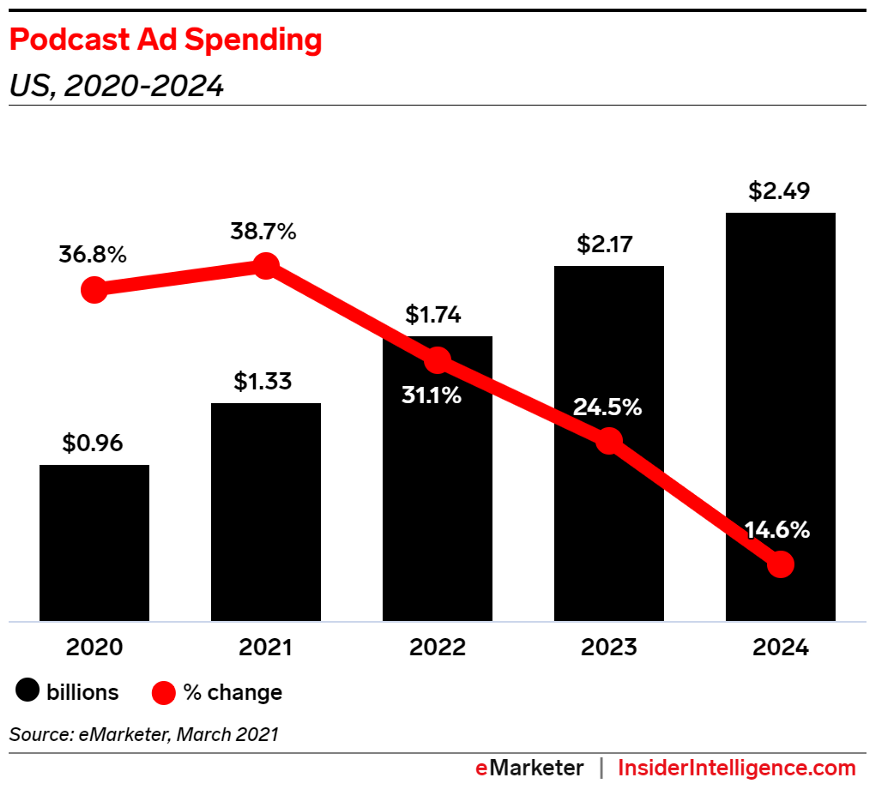