The Chinese government under President Xi Jinping has rattled investors in Chinese technology companies by announcing regulatory measures meant to curb the country’s fast-growing economy while reasserting control over some of its biggest companies. But the big U.S. technology company most exposed to China — Apple Inc. — is likely insulated from the turmoil for the time being.

“The crackdown out of Beijing has caught investors by surprise given the scale and scope,” said Dan Ives, an Apple analyst at Wedbush Securities. “It’s a major overhang on Chinese tech names, but Apple has been able to navigate the China political climate unlike any other U.S technology company in the last thirty years. Apple is able to be more Teflon-like in terms of regulatory focus.”

On Tuesday — when Chinese tech giant Tencent Holdings had its worst day in a decade and Chinese tech companies ranging from food delivery to online tutoring sectors continued a multi-day free fall — Apple underscored its dominance by releasing earnings that topped Wall Street expectations for both sales and profit and reported quarterly revenue that topped $100 billion for the first time. That included strong growth in Apple’s Greater China region, in which it reported $14.8 billion in sales, up 58% from the same quarter a year ago.

Under the premise of tackling the technology industry’s anti-competitive practices and cybersecurity concerns to curbing rising costs of tutoring companies, the Chinese government has sent a clear message: It is not afraid to wipe out massive economic gains in order to pursue its policies. “China goes back and forth on cracking down on their companies,” said Mark Zgutowicz, an analyst at Rosenblatt Securities. “If you think about Tencent, Alibaba, JD.com — China does not want any of their companies to get too big for them to control. And whenever these companies get too big for their britches, China will come down and say, ‘You know what, we’re going to regulate this or bring in another competitor.’” 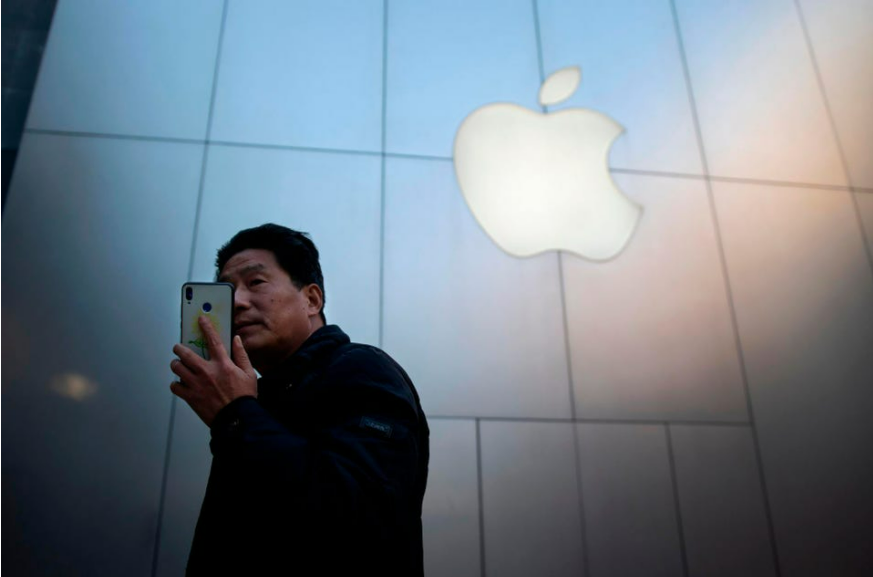