Viewpoint: Monetary Authority of Singapore Stops By Our Office

Meeting with The Monetary Authority of Singapore

How Singapore Has Become a FinTech Leader, Lessons to Learn

Last Friday, we had the honor of hosting a Monetary Authority of Singapore (MAS) delegation led by its Chief FinTech Officer Sopnendu Mohanty. Over a cup of black coffee sitting in our conference room on the 59th floor of 40 Wall Street, he described how MAS has helped put Singapore on the world map for FinTech innovation, and lessons to learn from their efforts.

Singapore’s government has a clear, committed, long-term strategy to maintain the vibrancy and its lead as the preeminent financial hub. This is being done by mandating that its financial institutions adopt innovations to deliver better customer experience and reduce inherent friction in the system. Under Sopnendu’s leadership, the MAS FinTech office is creating effective policies to promote innovation, removing obstacles for FinTech/Incumbent partnership, and directly investing and incubating new startups. The Lion City’s (as Singapore is referred to) FinTech strategy has the following elements:

3. Getting directly involved in boosting startups, via equity stakes or support through MAS’s accelerator and regulatory sandbox

These steps are bearing fruit and Singapore has already become an Asian hub for wealth management and domiciliation, with MAS now focused on making it a global FX price discovery and liquidity center.

Introducing MAS: Why it Matters

The Monetary Authority of Singapore (MAS) is the nation’s central bank and financial regulator all rolled up into one powerful entity. Think of the Fed, SEC, FINRA and CFTC, all combined. But here’s why we think MAS is crucially important and what lessons the US can learn from it: MAS is putting the economic power and influence of the Singapore government in promoting the island nation as a leader in modern finance, and as a gateway for western financial institutions to all of South East and South Asia, home to a massive market of 2.5 billion people. Instead of merely being a regulator and policy maker, MAS is acting as a powerful agent to modernize the domestic financial industry, systematically removing the obstacles to domestic financial institutions to innovate, and to partner with FinTechs.

As early as in 2015, MAS had a clear vision to put Singapore on the world map for FinTech innovation. It established a FinTech Office and hired Sopnendu Mohanty (from Citi) as its Chief FinTech Officer. The mandate was to promote innovation and establish Singapore as a top destination for leading entrepreneurs, investors and large financial institutions to address industry challenges. Singapore carefully chose digital finance over other industries, because it stands a better chance of being a leader in this space due to its historical position and technical knowhow. It also requires less scale and manpower than other industries. FinTech innovation could also deliver a 0.5-1% boost to Singapore’s annual GDP over the next decade. MAS also hosts the largest FinTech conference worldwide with 40,000 participants, including multiple Heads of State, the IMF Chief in attendance, and business delegations from 20 countries. More than a conference, it’s the World Economic Forum for FinTech, a fine example of collaboration between the public/private sectors, bringing together startups, regulators, big incumbent banks, and large tech companies, laying the groundwork for modern finance.

Key Takeaways From Our Meeting

Here are major insights from our discussion:

• Regulatory agencies can be more than rule makers and enforcers, they can be a powerful force to promote innovation and growth. Most national regulators focus overwhelmingly on rulemaking and supervision. MAS does that well, but quickly goes beyond that mentality to thinking how it can enable growth and innovation. Some of this comes from the island nation’s constant paranoia of being left behind due to its small size, which motivates MAS to be nimble and intensely focused on growth and differentiation.

• Singapore realizes that digitalization will restructure traditional finance, and this could be a zero-sum game. First mover countries in FinTech innovation will enjoy a clear advantage, and winners will capture outsized returns. Smart countries like Singapore understand this well and are competing intensely to position themselves as leaders in the newly emerging financial services climate. There is a rush to attract talent, capital and crucial IP, build infrastructure, and create the right regulatory structure that encourages innovation and limits unintended consequences.

• The race to innovate is truly global, and the US faces serious competition from leading countries in remaining the leader in FinTech innovation. China is quickly becoming a major power center for Block chain technology, AI/ML and Genetic engineering. It may trail the US in higher value services like Capital Markets, but its ecommerce companies are teaching US FAANGs a lesson in smartly integrating financial services into a customer’s lifestyle. 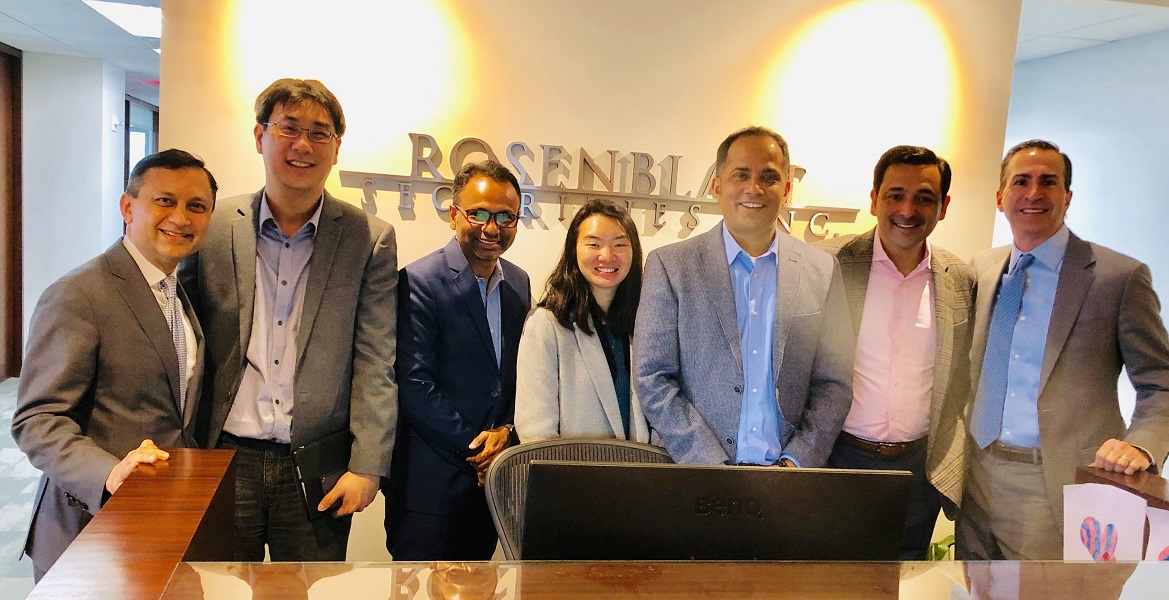