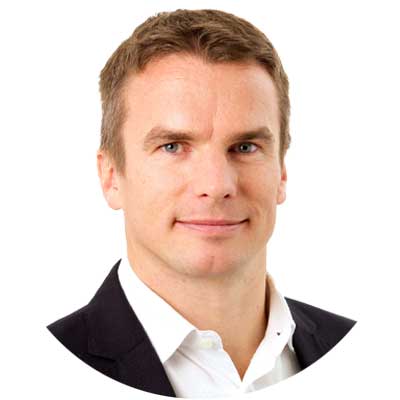 David Howson is President of Cboe Europe, the European division of Cboe Global Markets. Based in London, Howson oversees Cboe Europe’s operations, which provide market participants with cutting-edge trading and technology solutions for the European equities, global FX and derivatives markets. Cboe Europe is one of the largest pan-European stock market and trade reporting facility operators with venues in both the UK (Cboe UK) and the EU (Cboe NL). Prior to becoming President in January 2020, Howson served as Chief Operating Officer at Cboe Europe since 2013, overseeing the company’s software engineering, infrastructure and operational teams. He brings more than 20 years of experience in European and North American financial markets technology to the company. Most recently, Howson was chief technology officer at Equiduct Systems Ltd., where he was one of the founders responsible for establishing Equiduct in 2006 as a pan-European Regulated Market. Howson spearheaded the design and implementation of the company’s technology platform and market structure and was responsible for technology strategy, market structure and post-trade services. Prior to Equiduct, Howson was solutions architect and principal consultant at Reuters Consulting. His work included implementing and integrating a pan-European equities trading platform for Nasdaq Europe, as well as the architecture and implementation of the Super Montage Hybrid trading system for Nasdaq Deutschland. Later, as principal consultant to the Nasdaq Stock Market based in the U.S. he managed the redesign and deployment of several Nasdaq Market Site systems. Howson shares his market structure expertise with various industry groups and is a frequent speaker at industry conferences. In December 2019, he was appointed to the European Commission’s High Level Forum on Capital Markets Union. He graduated with first-class honors in Mathematics and Computer Science from Newcastle University.